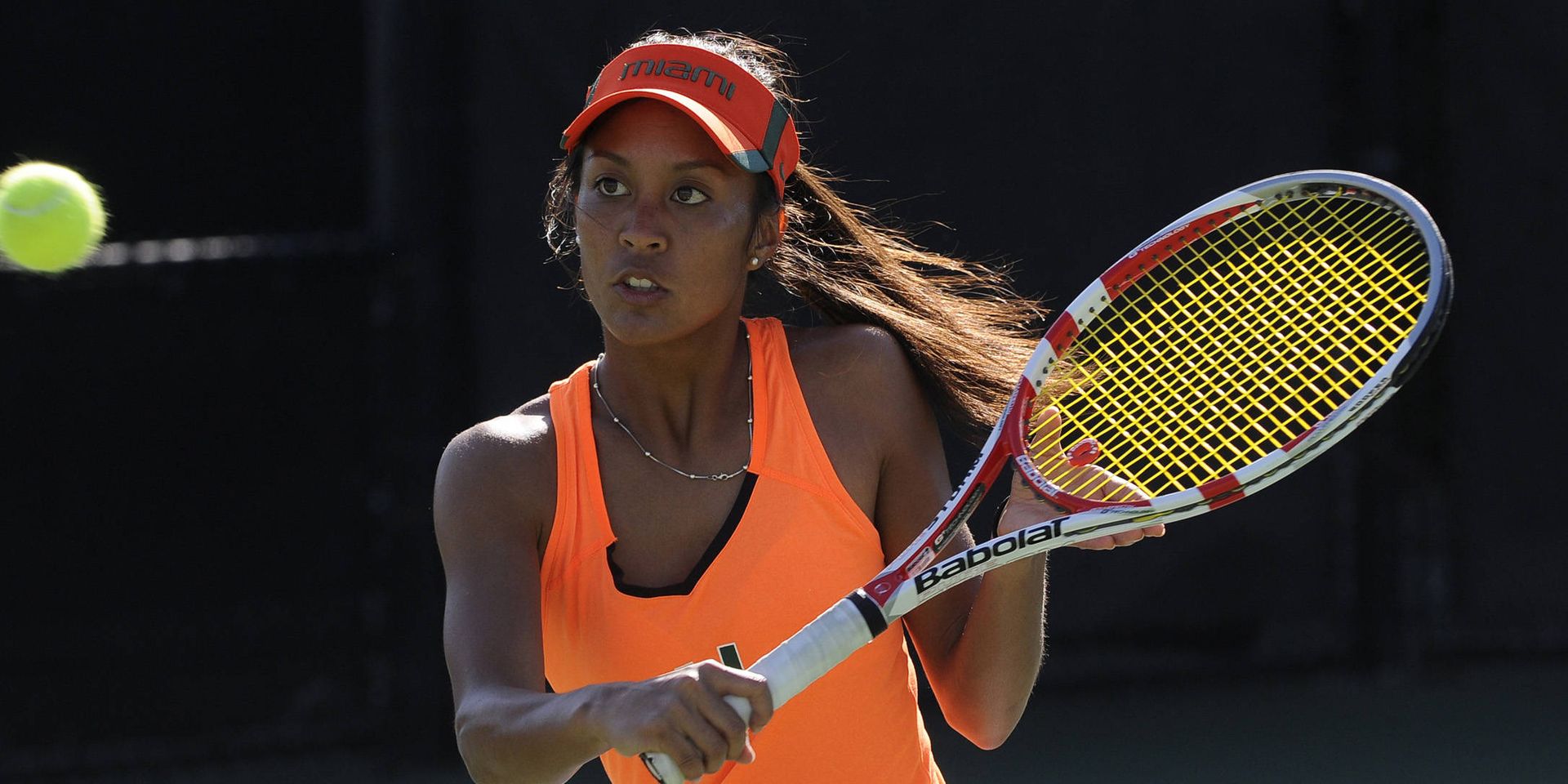 CORAL GABLES, Fla. – The 16th-ranked Miami Hurricanes women’s tennis team continues its road swing this weekend with matches against No. 45 Florida State and No. 15 Clemson.

On Friday, Miami (14-4, 8-2, ACC) will take on in-state rival Florida State in a dual match at 3 p.m. and Sunday will travel to Clemson to take on the Tigers at noon.

“We need to play great tennis to beat these teams,” head coach Paige Yaroshuk-Tews said. “Our main focus is playing our style of tennis and executing that style consistently throughout the match.”

Florida State enters the match against the Hurricanes with an 11-9 overall record and 4-6 record in ACC play.  The Seminoles are led by their 77th-ranked one-doubles team Daneika Borthwick and Kerrie Cartwright.

After the match against the Seminoles, Miami will turn its focus to Clemson, who has won 10 of its last 11. For the spring, the Tigers are 17-4 overall and 9-1 in ACC play. Their lone conference loss came against ninth-ranked Virginia this past weekend.

Clemson has four players ranked in the ITA women’s singles rankings, led by 37th-ranked Romy Kolzer and 46th-ranked Yana Koroleva. In doubles, the Tigers are led by 12th-ranked Beatrice Gumulya and Koroleva.

“Against Clemson it’s very important we get an early lead and then separate ourselves during the match,” Yaroshuk-Tews said. “We have to keep our foot on the gas against this team.”

The Hurricanes have won 10 of their last 12 and head into this weekend with two matches remaining in their five-match road swing. Stephanie Wagner and Kelsey Laurente each appeared in the latest ITA singles rankings at No. 48 and No. 54, respectively.

Senior Monique Albuquerque is currently riding a 12 match win streak and enters this weekend’s matches with a 17-2 overall record and 10-0 in ACC play. In doubles, Albuquerque and playing partner Clementina Riobueno are 16-2 this spring and ranked 18th in the ITA doubles poll.