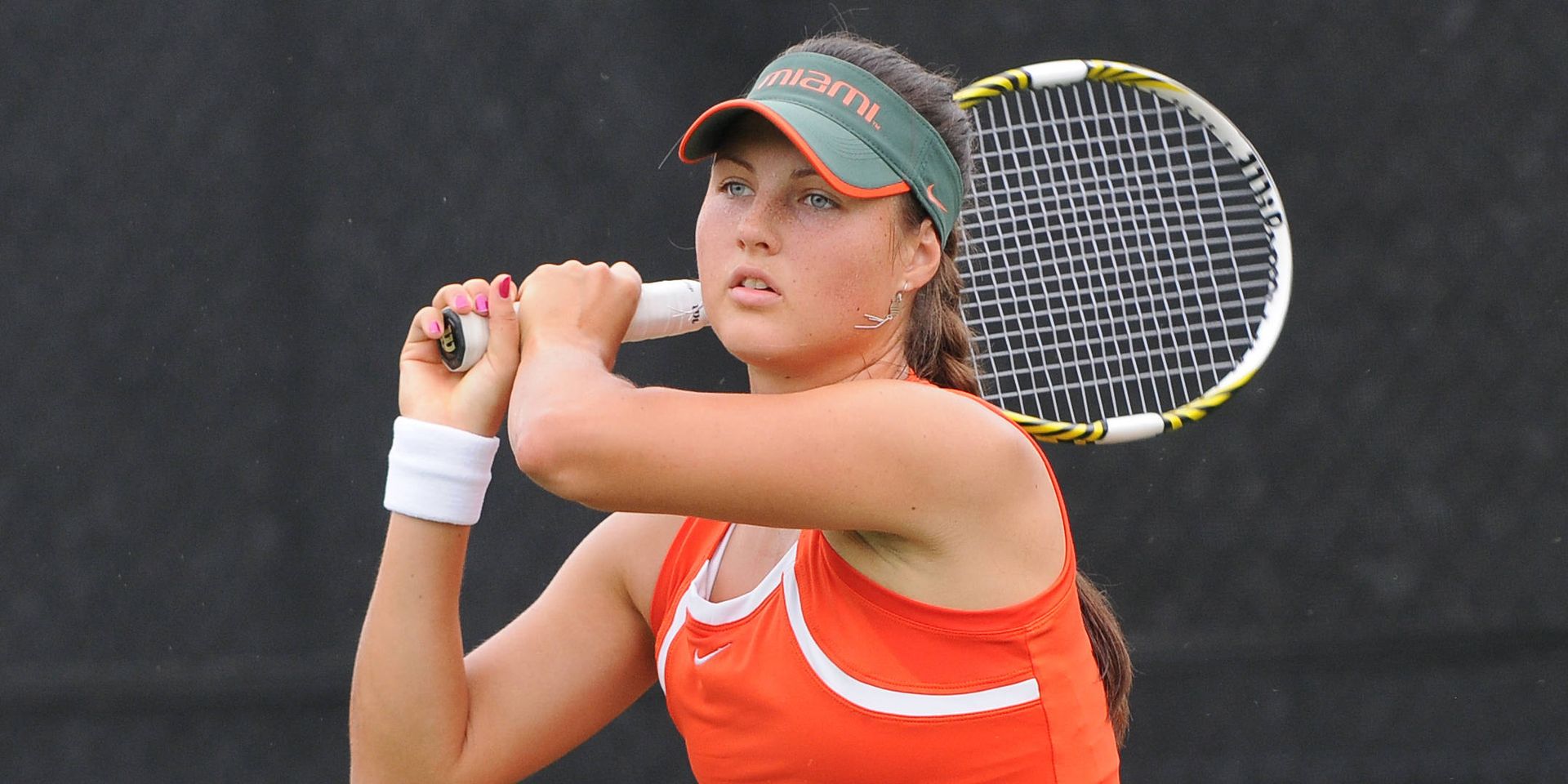 On Saturday, Miami (14-2, 8-0 ACC) will face No. 6 North Carolina in Chapel Hill, N.C., before playing top-ranked Duke the following day.

Despite having a 13-day layoff since its last match, Miami enters the toughest part of its schedule feeling very confident, boasting an undefeated ACC record and in the midst of a 10 match win streak.

In addition to the team streak, Miami also has some individual players who are red-hot. Monique Albuquerque, Melissa Bolivar and No. 61 Stephanie Wagner are each undefeated in ACC play and winners of their last 10. Bolivar and doubles partner Clementina Riobueno have also won 10 in a row and are 16-1 overall this spring. Collectively, the Hurricanes’ doubles teams have posted an .848 winning percentage this spring and have not lost an ACC doubles point since April 12, 2013.

Miami will be challenged this weekend, facing seven players who are ranked in the ITA Women’s rankings. On Saturday against the Tar Heels, Miami will face the country’s top singles player Jamie Loeb and seventh-ranked Hayley Carter.

The Tar Heels also have two doubles teams ranked among the nation’s best in third-ranked Loeb and Carter, and 11th-ranked Whitney Kay and Caroline Price.

As a team, North Carolina is 19-3 overall this spring and 8-1 in ACC play. The Tar Heels lone conference loss of the season came on March 2 against Duke.

Facing the top-ranked Blue Devils less than 24 hours following the North Carolina match will also be a major test for the Canes. The Duke lineup features three singles players in the top-30 including fifth-ranked Beatrice Capra and 24th-ranked Ester Goldfield. On the doubles end, Duke’s Goldfield and Alyssa Smith are ranked 24th—one spot below Miami’s top duo Monique Albuquerque and Clementina Riobueno.

Duke is 18-1 overall this spring and 8-1 record in ACC play. The Blue Devils single loss this season came against now 6th-ranked Virginia in their ACC opener.