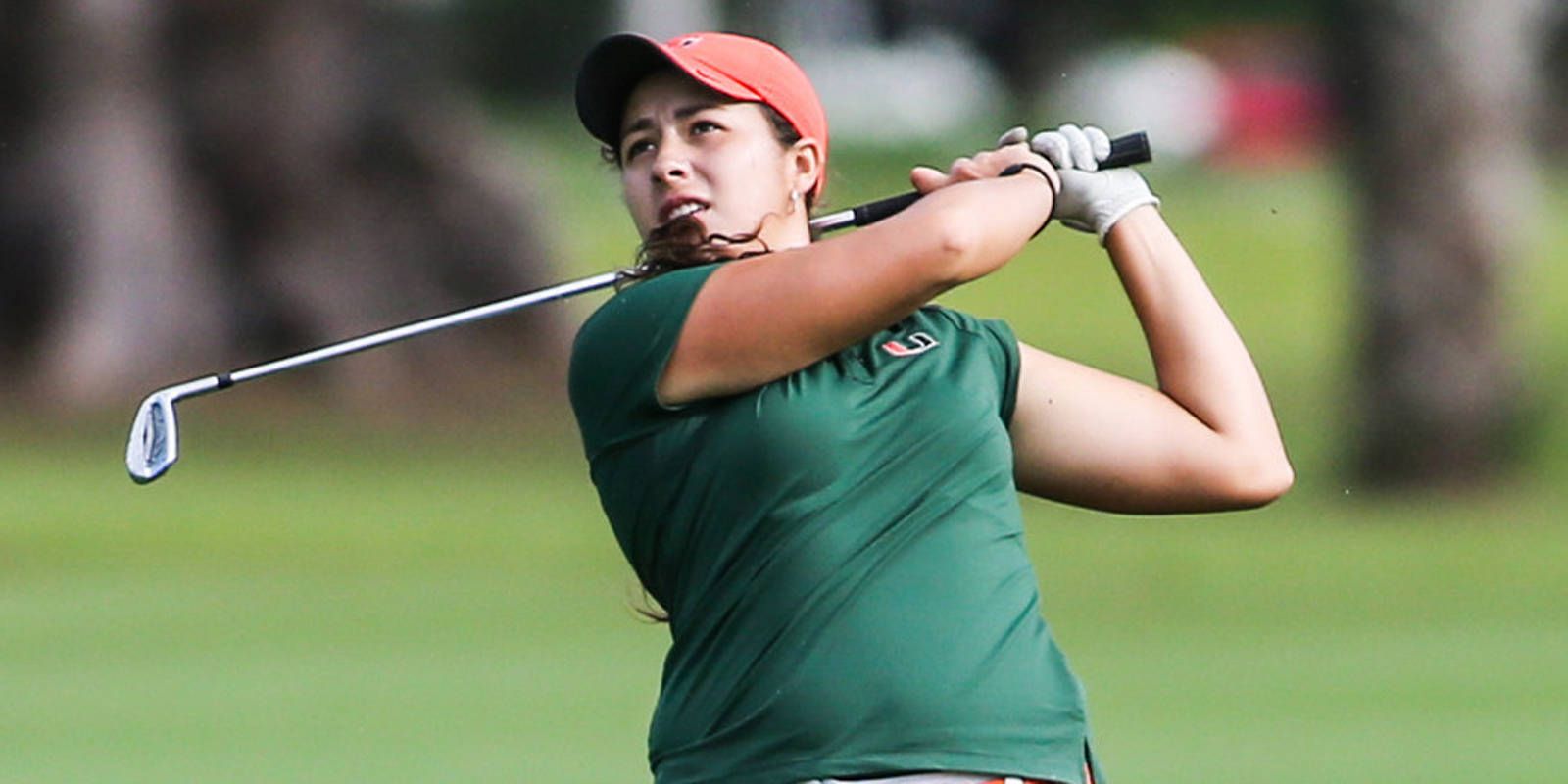 Darquea started the final round in third place, two strokes behind second-day leader Sasikarn On-Iam from Iowa State. The Quito, Ecuador, product birdied 17 and 18 to force the sudden-death playoff with On-Iam, who shot 2-over 73 during the final round. The playoff lasted just one hole as Darquea pared the par-4 No. 10 for her first college victory, finishing at 2-under 211.

“I finished the last two holes really strong,” Darquea said. “That fired me up and got me back into it. I didn’t know I had tied (Sasikarn On-Iam) until I saw Coach Koskinen. I was a bit nervous (after that), but I was able to re-group.

“I am very happy with my game right now,” Darquea said. “I feel solid. I put all my effort into it and things turned out the right way.”

Northwestern held off second-day leader Iowa State to win the team title. The 18th-ranked Wildcats finished at 12-over 864, one stroke ahead of the Cyclones, who finished at 13-over 865. Host and No. 30 Miami finished third at 22-over 874.

Miami’s B team was led by sophomores Lauren Riehle and Laura Hendee, who both tied for 55th overall at 16-over 229. Senior Carina Cuculiza and sophomore Christina Ocampo tied for 77th at 22-over 235, while junior Audrey Monssoh finished 94th at 47-over 259.

“We were hoping that we would win our home event,” head coach Patti Rizzo said. “It’s an advantage to play your golf course. We love it here, but the girls never seem to score that great. The course is a lot harder than it looks and the wind picked up today.

“Dani is such an amazing player,” Rizzo said. “All parts of Dani’s game are solid. She knows how to work the ball. She is calm and has a great demeanor. She stays very controlled out that and that is really important with golf.”

Miami has now finished third in fourth consecutive tournaments. The Hurricanes have two more tournaments before the ACC Championship. Miami returns to the course March 14-16 at the SunTrust Gator Invitational in Gainesville.