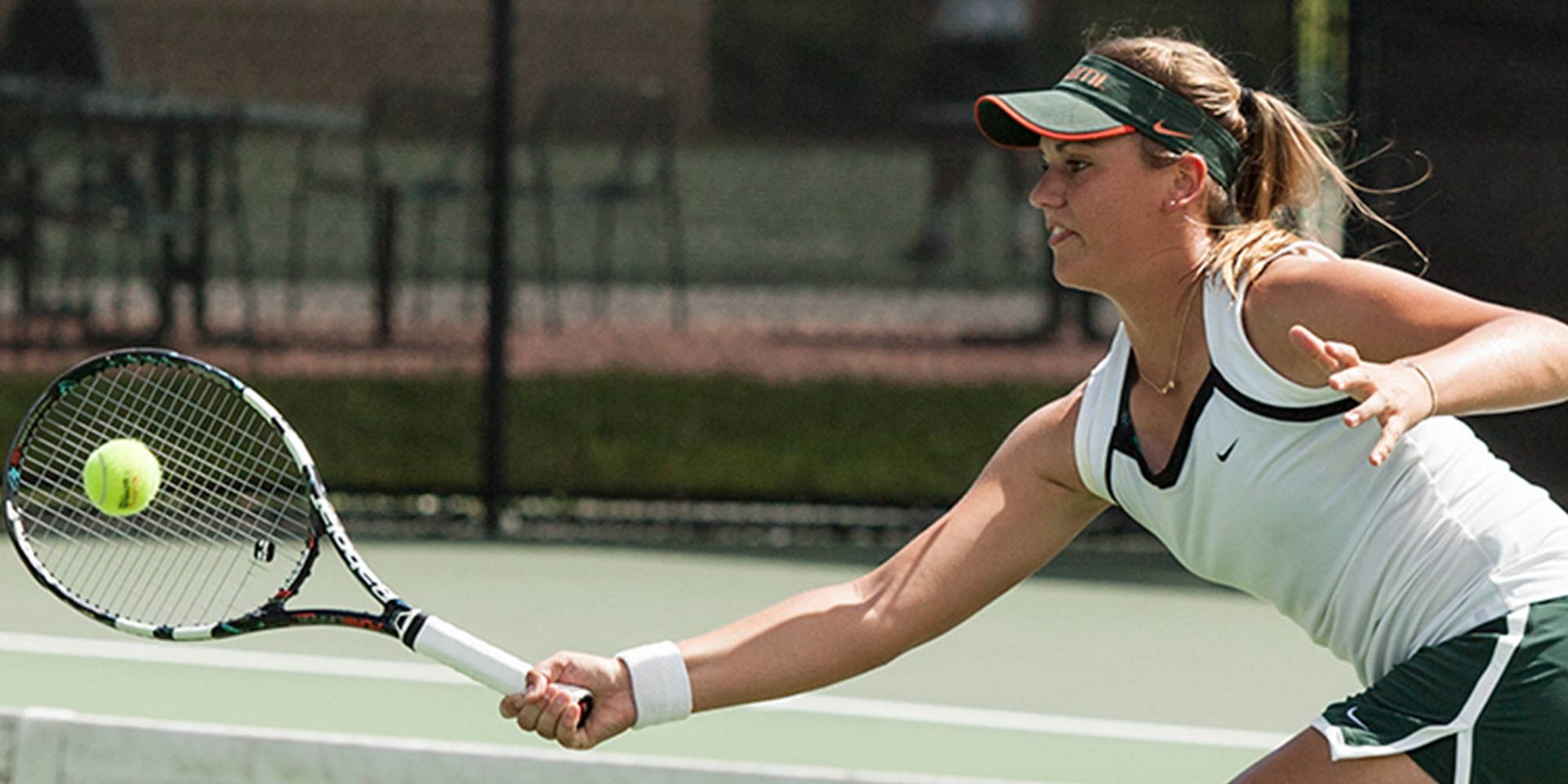 “I’m really happy with Stephanie Wagner and Kelsey Laurente lately,” head coach Paige Yaroshuk-Tews said. “They have stepped up in taking on more of a leadership role, being really vocal and understanding what they really need to do for every match.”

Miami took control of the match from the very beginning, jetting out to leads in each of the three doubles matches. Once the leads were made, the Hurricanes didn’t let up. Within moments of each other, all three of the doubles matches went in favor of Miami.

With the first doubles victory of the day, Stephanie Wagner and Brittany Dubins handed Mary Closs and Julie Sabacinski an 8-5 loss.

Miami continued to ride the momentum from doubles into singles, with five of six singles matches starting off with a first-set win for the Hurricanes.

“Clementina did an amazing job Friday and Sunday,” Yaroshuk-Tews said. “She was very thorough— she played every point with intensity with discipline.”

Next to finish was Albuquerque, who finished off Notre Dame’s Closs in straight sets 6-1, 6-2.

“I’m really happy with Monique at number five today,” Yaroshuk-Tews said. “Really solid pep in her step and that’s how she has to play tennis. She’s a great player and she needs to always go out there and show her opponents how great she is.”

45th-ranked Wagner collected her 7th victory of the season with a straight sets win against Sanders. Wagner put away the Irish’ No. 119 player 6-3, 6-3. Also winning in straight sets by a score of 6-3, 6-3 was the senior Bolivar, who prevailed against Notre Dame’s Julie Vrabel.

Lastly, Miami’s 33rd-ranked Laurente put away Gleason with ease 6-4, 6-2 to mark the sixth win of the afternoon for the Hurricanes.

The Hurricanes get back to action on Friday, Feb. 28 when Boston College comes to down for a dual match beginning at 12 p.m.