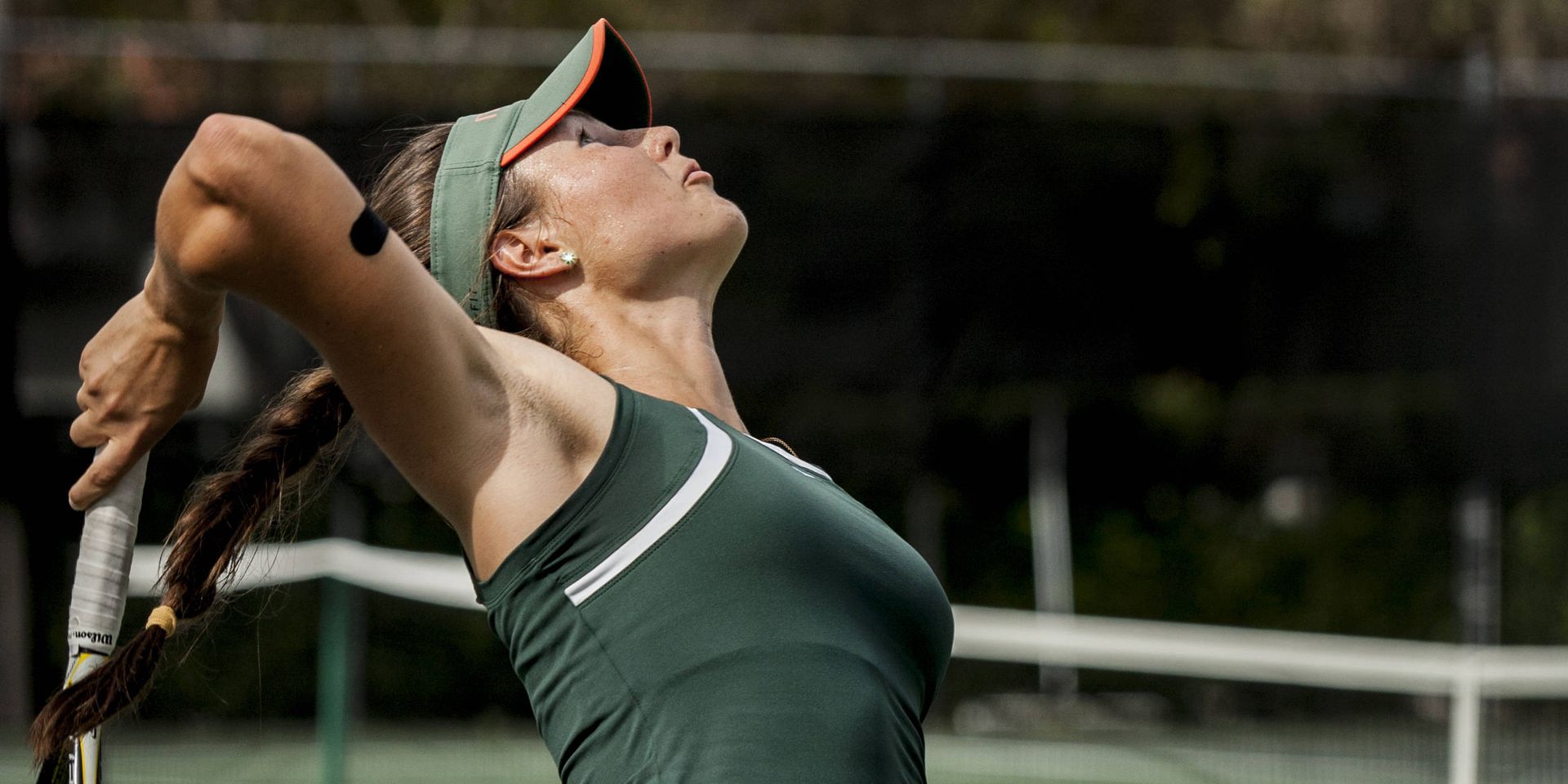 CHARLOTTESVILLE, Va. – The Miami Hurricanes women’s tennis team prevailed in a 4-3 thriller against No. 15 Vanderbilt on Saturday morning on the second day of the ITA National Team Indoor Championships.

With Miami and Vanderbilt tied 3-3 and one match remaining on the courts, junior Lina Lileikite edged out Vanderbilt’s Courtney Colton to clinch the Hurricanes’ win.

“We played a great Vandy team today and were so tough deep in these matches,” head coach Paige Yaroshuk-Tews said. “They make you die for points which is very similar to our style. We were able to pull the trigger at the right times today, which we must continue to do.”

After falling behind in all three doubles matches in Friday’s match against Georgia, the Hurricanes did the exact opposite today against Vanderbilt.

The 29th-ranked one-doubles team of Monique Albuquerque and Clementina Riobueno built themselves a 4-1 lead very early on and cruised to a 6-3 win against Vanderbilt’s Ashleigh Antal and Lauren Mira.

With one doubles win to go, both two-doubles and three-doubles were in the lead and in position to clinch the doubles point for the Hurricanes.

Kelsey Laurente and Melissa Bolivar were able to finish up their match next, beating Commodores Courtney Colton and Maria Casares 6-4 to give Miami a 1-0 lead in the match.

On the singles front, the Hurricanes also gained early advantages against Vanderbilt. 64th-ranked Laurente raced out to a 6-2 first set win against 48th-ranked Sellyn. Laurente kept her momentum going in the second set en route to a 6-4 win.

Also cruising to a first set win was No. 32 Wagner, who took a 6-4 first-set lead against 61st-ranked Mira. Wagner didn’t waste any time at all putting away her opponent, as she handed Mira a 6-1 defeat in the second set.

Riobueno and Bolivar each fell in their opening singles sets, and couldn’t hold off their opponents in the second set. Bolivar was defeated by Casares 6-4, 6-4, and Riobueno fell to Altick 6-2, 6-4, making the match score 3-2 in favor of the Hurricanes.

Lileikite found herself in a first set clash against Courtney Colton. Holding a 2-1 lead early on, the Latvia native prevailed in a 7-5 tiebreaking win to claim the opening set. With the rest of the matches determined and the score tied 3-3, Lileikite remained poised in her second set and put away Colton 6-4 to signal the win for Miami.

The Hurricanes will resume play at National Indoors on Sunday. For more information on the team and updates throughout the tournament, be sure to follow @HurricaneTennis on Twitter.