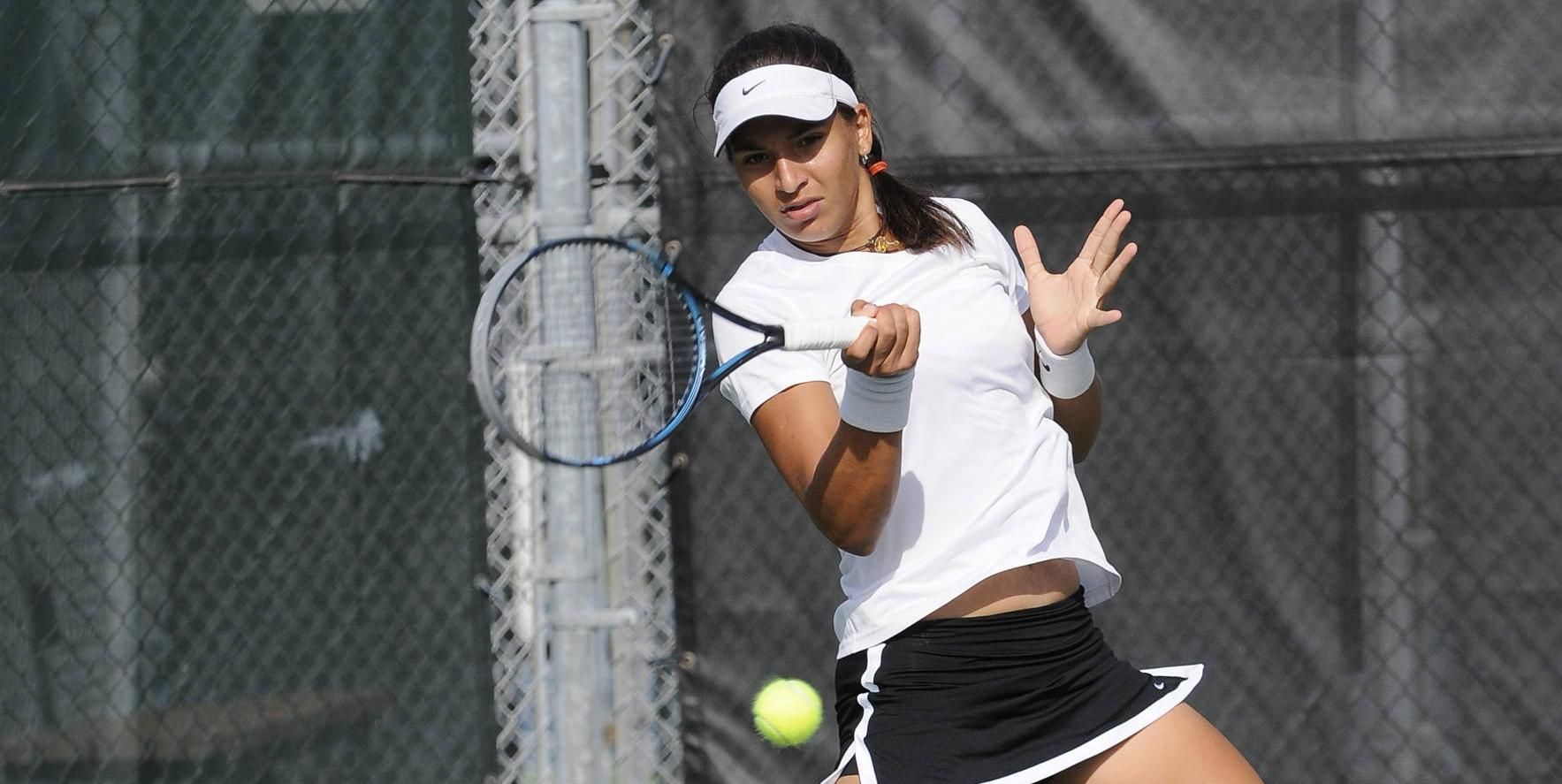 AMELIA ISLAND, Fla. – University of Miami sophomore Deborah Suarez continued her strong start to the fall season on Monday, defeating Madeline Meredith in the second round of the singles qualifier at the $10,000 Amelia Island Tournament.

“I was happy to see Deborah complete another match with control,” assistant coach Laura Vallverdu said. “She still needs to work on being patient at the beginning of the match and being smarter when on a defensive position.”

Suarez downed her opponent in straight sets 6-3, 6-0 to advance to the next round in the singles qualifier. It was the second consecutive match that Suarez has allowed her opponent to win just three games.

“We will train this afternoon to keep tuning some aspects of her game,” Vallverdu said. “I am already looking forward to seeing her seize the opportunity of getting better tomorrow.”

On Tuesday, Suarez will square up against Elizabeth Kilborn, who is a former No. 1 player for Georgia Tech. In the 2011-12 season, Kilborn went 26-19 in singles play and 28-14 in doubles.

Kilborn won her first match on Sunday against Elizabeth Hurst by a score of 6-2, 6-0 and followed it up on Monday with a dominating 6-1, 6-0 win against Daniella Roldan.

For updates on the tournament and Suarez’s progress, visit www.HurricaneSports.com