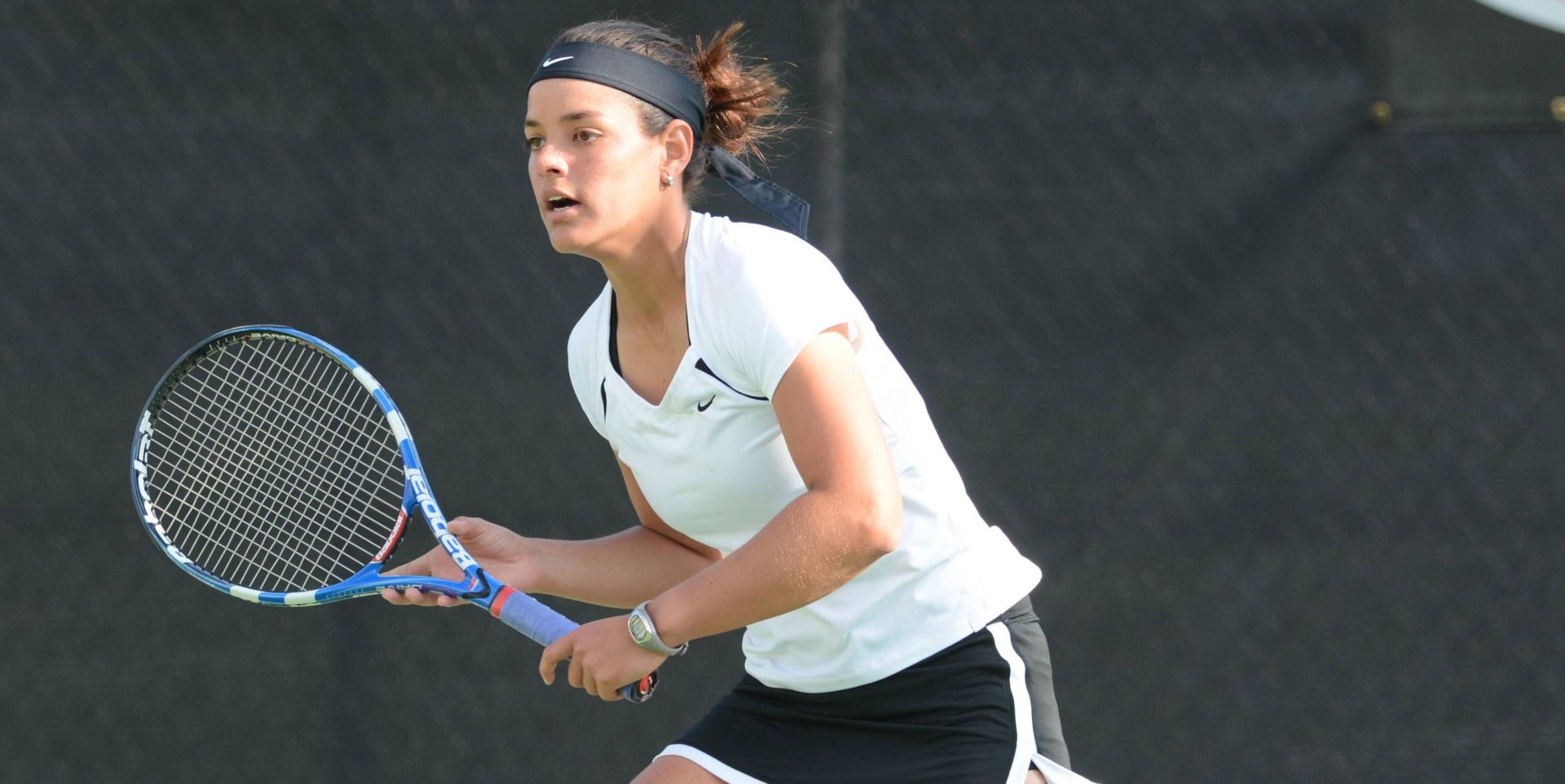 CORAL GABLES, Fla. – In front of the largest crowd in recent memory, the 10th-ranked University of Miami women’s tennis team dropped its first match in 10 tries to top-ranked North Carolina on Friday night at the Neil Schiff Tennis Center, 5-2.

“North Carolina played a great match,” said Miami head coach Paige Yaroshuk-Tews. “North Carolina does what they always do, they make you beat them.”

Despite singles wins from Melissa Bolivar and Clementina Riobueno, the Canes couldn’t overcome losing the doubles point for the first time in 10 matches.

Following an easy win at No. 2 and a loss at No. 1, the Miami faithful turned their attention to the battle at the third doubles spot. After several match-point opportunities for UM, the North Carolina duo of Lyons and Suarez-Malaguti were able to edge Laurente and Bolivar, 9-8 (11-9), in the two-hour long set.

“At this point in in the season, in April, you got to be finishing matches,” said Yaroshuk-Tews. “It’s not about starting off strong, it’s about finishing matches strong… I’m pretty disappointed with how that transpired.”

Albuquerque and Riobueno were flawless in an 8-0 win over UNC’s Dai and De Bruycker on Court No. 2, improving their doubles record to 11-1 on the season.

After doubles, Yaroshuk-Tews’ message to the team was to go out and get a fast point in singles and wash out the doubles loss.

Bolivar did just that, tying the match a 1-1 with her 6-2, 6-2 win over Tessa Lyons. The victory was the 15th of the season for the Colombian and she moved to a perfect 7-0 playing at No. 6 singles.

Unfortunately for Miami, the next three matches went to the North Carolina as the nation’s top-ranked team clinched the win.

Caroline Price, ranked No. 42, defeated Kelsey Laurente on Court No. 3, 7-5, 6-1. Seventh-ranked Gina Suarez-Malaguti handed freshman Stephanie Wagner her first loss in six matches at the No. 1 spot, 6-3, 6-3. The match-clincher came on Court No. 4, where 34th-ranked Whitney Kay defeated Monique Albuquerque, 7-5, 6-1.

Play continued and Riobueno cruised in straight sets (6-4, 6-2) for her team-leading 19th singles win of the season, 13 of them coming out of the No. 5 position.

On all the fans that supported the Canes, Yaroshuk-Tews said, “I think it was unbelievable for college tennis. I hope everyone go to see what we have to offer and how great the tennis is out here on a weekly basis in our conference… It’s great to have people appreciating what these kids are putting in.”

Miami has less than 48 hours before it faces the No. 9 Duke Blue Devils on Sunday. The match is set for a noon start at the Neil Schiff Tennis Center. Those that can’t make it to the match can follow along via live stats here or by following @HurricaneTennis on Twitter.