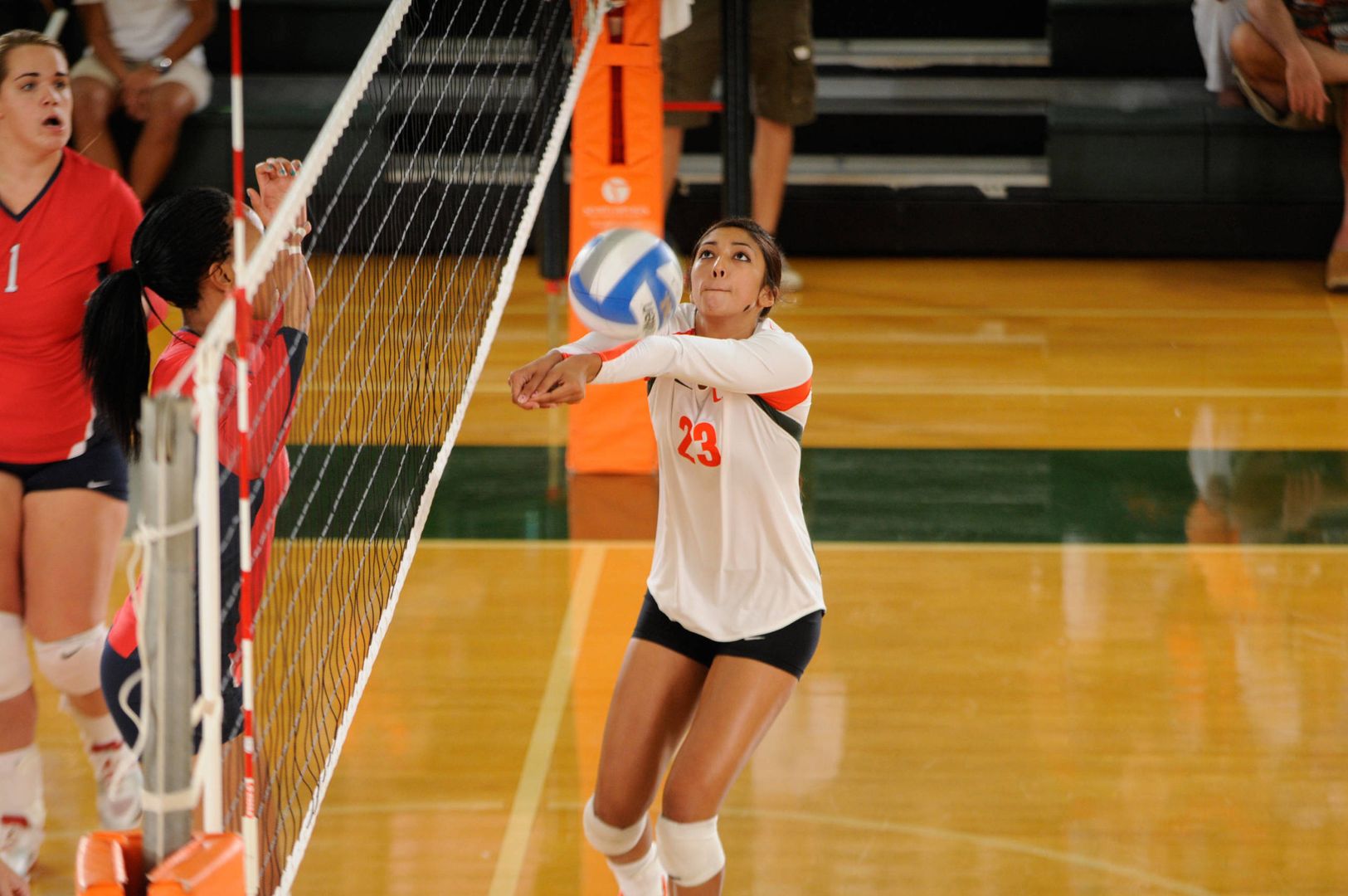 GAINESVILLE, Fla. – No. 23 Miami volleyball droppedits opening-round NCAA Tournament match in five sets to College of CharlestonFriday at the O’Connell Center. The contest was played on the campus of theUniversity of Florida.

TheCanes finish the season at 25-6 overall, reaching 25 wins for the third time inthe last five seasons. It was the fourth-straight NCAA appearance for theprogram.

Playingin her final match as a Cane, senior setter Nrithya Sundararaman put up 54assists to finish her career with 2,358, third-most in program history.

Afterdropping the opening set, the Hurricanes responded by winning the next two togo up 2-1 in the match heading into intermission. However, CofC won ahard-fought fourth set and put together late rally after the score was tied atseven in the fifth to seal the win.

Thelost snapped Miami’s streak of 14 consecutive wins on neutral courts, with thelast defeat coming to FIU in 2009 in the NCAA Tournament at the O’ConnellCenter.

DarcyDorton had a match-high 27 kills on 71 attempts to lead College of Charleston(27-7).