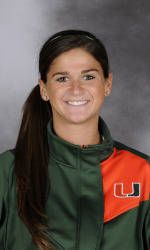 Hurricanes to Open Season Against Florida

CORAL GABLES – The University of Miami women’s soccer team has announced that it will open the 2009 season at home against the University of Florida Gators on Friday, Aug. 21 at 7:30 p.m.

The slight change to previously released schedule will also be the first of an annual series between the two programs. The last time the two teams met was in the NCAA Tournament in 2007, a game that the UF won 3-0.

“We look forward to adding Florida to the schedule and believe it will be a great opportunity for us to showcase the high level of soccer in the state,” said head coach Tricia Taliaferro. “There is no better way to start the season than with an in-state rivalry between two soccer programs of national prominence.”

All time, Miami is 1-2 against the intrastate foe, with the lone victory coming in 2001. A year ago, Florida advanced to the third round of the NCAA Tournament and the match will be the first of 11 that will place Miami against NCAA teams from 2008.

For ticket information, please contact the Hurricane Ticket Office at 1-800-GO-CANES or visit online at hurricanesports.com.