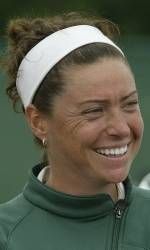 CHAPEL HILL, N.C. – The University of Miami women’s soccer team (10-7-3, 3-5-2) fell to the second-ranked team in the nation, 1-0 in their regular-season finale Sunday afternoon at the University of North Carolina.

Freshman goal keeper Vikki Alonzo only needed to make one more save to record her record 12th shutout of the season. Regardless the heralded goalie recorded a personal-best 14 saves in nearly shutting down one of the top teams in the nation.

The time of possession belonged to Tar Heels, who registered a total of 33 shots to only seven for the Hurricanes.

Miami’s defense put up a fight all game, but UNC’s Casey Nogueira scored in the 84th minute after her teammate Jessica McDonald stole the goal kick and fed her for the goal inside the left post.

“These last few games we have built our confidence heading into the ACC Tournament,” said head coach Tricia Taliaferro. “We battled one of the best teams in the nation to the very end today.”

Not only have the Hurricanes earned their way into the ACC Tournament with their impressive play over the last month of the season, but they appear to be peaking at the right time heading into the conference championships, where they expect to have the school’s second all-time leading scorer back on the field when the face North Carolina in the first round of the conference tournament.

Sophomore Brittany Steinbruch has missed the last nine games of the season, but still leads the Hurricanes with eight goals and 16 points on the season. She is expected to play this Wednesday against the Tar Heels.

Miami reaches the ACC Tournament for the second time since joining the conference in 2005. Last season, Miami fell to Virginia in opening round in a shootout, before advancing to their second NCAA Tournament.