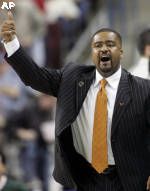 CORAL GABLES, Fla. – Fifth-year head coach Frank Haith announced the 2008-09 University of Miami men’s basketball schedule this afternoon, featuring 14 teams that competed in the postseason one year ago and at least 16 televised games.

The Hurricanes finished 23-11 last season and advanced to the second round of the NCAA Tournament. Four starters return for MIami, including All-ACC First Team selection Jack McClinton. The Hurricanes went a program-best 14-2 at home in the BankUnited Center last season, trailing just Duke and Wake Forest for home court dominance in the ACC.

This season’s 29-game slate includes 16 home games at the BankUnited Center and a full slate of 16 Atlantic Coast Conference contests – including home and away series with North Carolina, Maryland, Florida State, Boston College and NC State.

Miami will also have at least seven nationally televised games, including three appearances on ESPN, one on ESPN2 and three on Fox Sports Net.

Highlighting Miami’s home schedule is a nationally-televised ACC/Big 10 Challenge match up versus 2008 NIT champion and 2007 NCAA runner-up Ohio State on Tues., Dec. 2; the ACC opener versus Clemson on Sun., Dec. 21 and a game versus 2008 Final Four participant North Carolina on Sun., Feb. 15.

“We have definitely put together a tough schedule this season,” said Coach Haith, who in 2007-08 guided Miami through its winningest campaign in six years and its 10th 20-win season in school history. “We are going to test ourselves versus some of the nation’s most storied basketball programs, and I expect that this team will meet each challenge and continue the growth it demonstrated last season.”

The Hurricanes open the 2008-09 campaign at home versus Florida Southern on Sat., Nov. 15, before heading to the Virgin Islands to vie for their second title in the Paradise Jam, running from Nov. 21-24. Miami opens play versus Southern Miss on Fri., Nov. 21, with the opportunity to face former Big East rival Connecticut in the second round. The talent-laden tournament field also includes 2008 NCAA Tournament teams Wisconsin and San Diego, as well as Valparaiso, La Salle and Iona.

The Hurricanes will have back-to-back games broadcast on ESPN, following up the ACC/Big 10 Challenge contest with Ohio State by traveling to Kentucky for a showdown on Sat., Dec. 6. UM then returns to Coral Gables for a three-game homestand, taking on Florida International (Fri., Dec. 12), NIT participant Robert Morris (Sun, Dec. 14) and Clemson in the ACC opener one week later.

Miami will play its final non-conference road game in Madison Square Garden, taking on St. John’s on Sat., Dec. 27, before closing out its non-conference slate with three home games.

The Hurricanes turn their full attention to the ACC as they travel to Boston College on Sat., Jan. 10.

Fans will have their first opportunity to see the Hurricanes in action with a pair of exhibition games at the BankUnited Center versus Florida Memorial (Sat., Nov. 1) and Barry (Sat., Nov. 8).

The 2008-09 ACC Tournament is slated for March 12-15 at the Georgia Dome in Atlanta, while the NCAA Tournament will begin March 19 at sites around the country – including nearby American Airlines Arena, which will host first and second round games on Mar. 20 and 22.

*ACC Game  |  ^ ACC/Big 10 Challenge  |  All times eastern and subject to change  |  All home games played at the BankUnited Center.