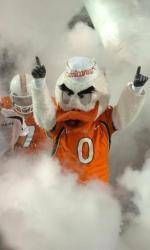 Thank you Isabel, Janet, Joel, Ferenc and to everyone who renewed their season tickets online!