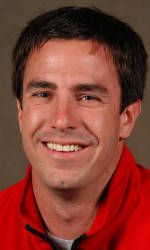 CORAL GABLES, Fla. – Head coach Tricia Taliaferro has announced the appointment of Matthew Hawkey as an assistant coach with the University of Miami women’s soccer team. Hawkey comes to UM following a four-year stint at Western Kentucky where he served as an assistant for the Lady Toppers.

“Matt is an outstanding coach,” said Taliaferro. “He will bring an immense amount of experience to our coaching staff. He has proven himself as a top-notch recruiter whose knowledge of the game will enhance the goals of our program.”

Hawkey is a U.S. Soccer Federation “A” Licensed coach, holds a NSCAA Advanced National Diploma and is certified as a NSCAA Goalkeeping Level II coach. He has served on coaching staff for both the Kentucky and Ohio South Youth Soccer Associations, working with the state Olympic Development Programs.

As an assistant at Western Kentucky from 2002 until his arrival at UM, Hawkey was primarily responsible for the WKU goalkeepers while also assisting in all aspects of the Lady Hilltopper women’s program including, coaching, recruiting, conditioning and fundraising efforts. While at WKU, he also served as the Lady Topper Soccer Academy Camp Director.

Hawkey’s collegiate coaching career began at WKU in 2000 where he served as an assistant coach for the men’s program for one season.

His tenure at Western Kentucky dates back to his time a player with the Hilltoppers from 1996-99 where he was a two-time All-Missouri Valley Conference selection.