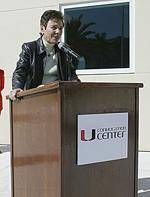 “I am very excited about our recruiting class, these are quality recruits that will come and contribute immediately to our program,” said head coach Ferne Labati. “Our coaching staff worked extremely hard and I am very pleased with the direction our program is headed.”

Curtis, a 5-8 guard out of Miami Sunset High School, was a two-time All-Dade selection and averaged 21.4 points last season with Palmetto High School. She led Palmetto to a 23-6 overall record. She chose UM over Stanford, Boston College and Yale.

Grimsley, a 5-9 guard out of St. Lucie West Centennial High School, was a Class 4A all-state selection as a sophomore and junior, Grimsley averaged 13.1 points and 4.8 assists last season. She is the No. 31-ranked guard in the nation by the All-Star Girls Report. She chose UM over Georgia Tech.

James, a 6-0 guard/forward out of The Patterson School, was the Florida 5-A Player of the Year last season at South Broward High School. Her senior season she averaged a double-double with 16.7 points and 10.2 rebounds per game. She was named to the All-Broward Class 6A-4A Girls’ Basketball Team.

Jones, a 6-1 forward out of Menchville High School, averaged around 14 points and 12 rebounds for the Monarchs last season. She is the No. 26-ranked forward in the nation by the All-Star Girls Report. She chose UM over Syracuse and East Carolina.