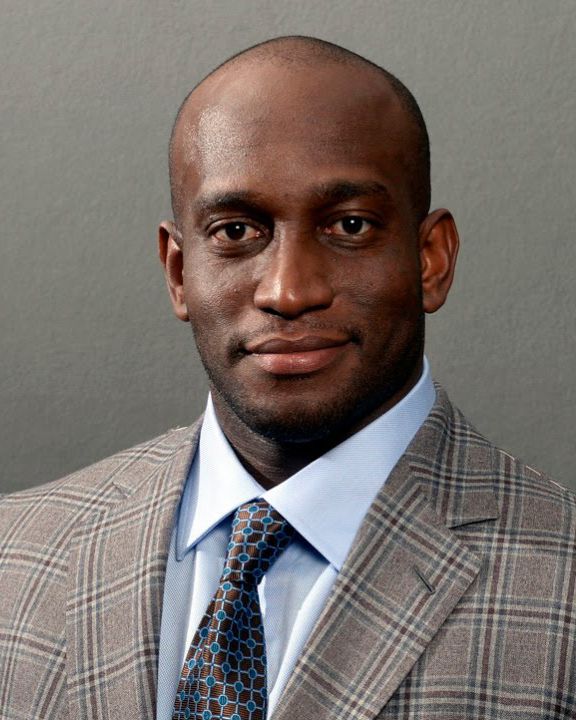 Regarded as one of the top recruiters in the country, Robinson, known as “T-Rob,” is a Miami native who boasts 15 years of college coaching experience.

“We are excited to welcome Travaris and his family back to Miami,” Diaz said. “He is a proven defensive coach and an excellent recruiter who will be an outstanding addition to our coaching staff.”

In 2017 South Carolina led the SEC and ranked ninth in the country with 28 turnovers forced, while ranking 25th in points allowed per game at 20.7. The Gamecocks held 11 of 13 opponents to fewer points than their season average. South Carolina tied for 10th in the nation in turnovers forced with 27 during the 2016 campaign, including 15 interceptions.

Robinson spent five seasons coaching defensive backs before arriving in Columbia, S.C. as defensive coordinator – first at Florida (2011-14), then at Auburn (2015). The former Auburn Tiger standout began his coaching career at his alma mater, first as a staff assistant in 2006 while finishing up his undergraduate degree, then as a GA in 2007.

Robinson spent one season each as a defensive backs coach at Western Kentucky (2008), Southern Miss (2009) and Texas Tech (2010) before joining the Florida staff.

In his first season at Florida in 2011, Robinson guided a UF secondary that ranked seventh in the nation in pass defense (166.8), while the Gator defense ranked eighth nationally in total defense (299.5).

Robinson led a secondary that was one of the best in the nation in 2012, ranking No. 2 in pass efficiency defense (95.55) and allowing just seven touchdown passes – the second-fewest in the nation. Florida had 20 interceptions on the season, good for seventh nationally while safety Matt Elam was a first-team All-America selection and first-round draft pick.

In 2013, Robinson’s secondary was seventh nationally in passing defense and eighth in passing efficiency defense, while the defensive unit was eight in total defense. Under Robinson, Vernon Hargreaves III was a freshman All-SEC and freshman All-America pick while being named the National Freshman Defensive Player of the Year by College Football News.

At Texas Tech, he helped the Red Raiders to an 8-5 record and a TicketCity Bowl victory over Northwestern. In his one season at Tech, Robinson had two defensive backs earn All-Big 12 Honorable Mention recognition and a third that was named a freshman All-America honorable mention.

Before embarking on his coaching career, Robinson played two seasons in the NFL with the Atlanta Falcons and Tampa Bay Buccaneers.

Auburn posted a 30-19 record during his playing career, including a top-20 ranking in the final polls after his senior season. He was selected the MVP of the Iron Bowl after recording 12 tackles and breaking up a pair of passes to help the Tigers to a 13-9 victory over Alabama, as they would go on to defeat Penn State in the Capital One Bowl. He was a first-team AP All-SEC selection after collecting 92 total tackles, second on the squad, with four interceptions. He concluded his collegiate career with 166 tackles and five picks.

Robinson was born in Miami and attended Coral Park High where he was a four-year letterman and earned all-state honors as a defensive back and wide receiver. He received his bachelor’s degree in mass communications from Auburn in 2007.

Robinson is married to the former Mandisa Skyers; their family includes sons, Tyson Jerod and Travis Jerod, and daughter, Jordyn.