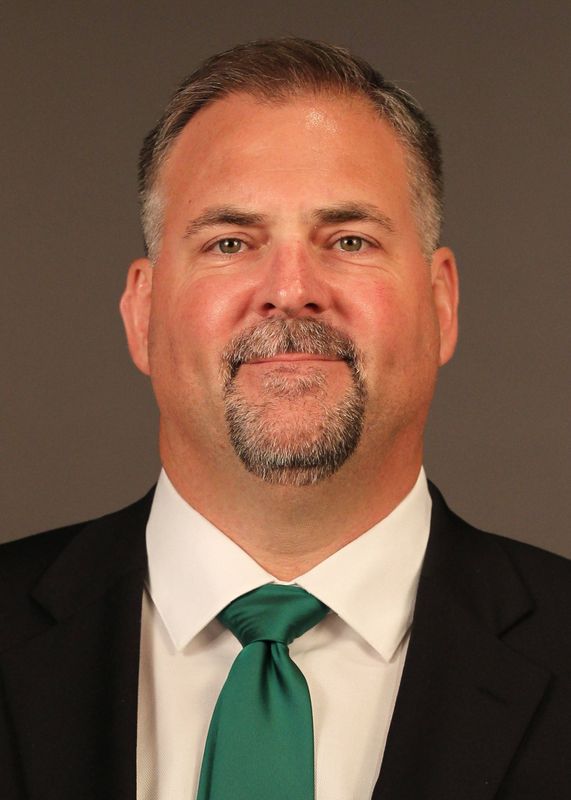 Craig Kuligowski is in his second season as the Hurricanes’ defensive line coach and first as assistant head coach in 2017.

Kuligowski arrived in Coral Gables, Fla., after spending the previous 15 years as the defensive line coach at the University of Missouri. During his 15-year tenure with the Tigers, for whom he was the longest-tenured position coach in the SEC, Kuligowski coached 24 players to all-conference honors.

In addition, Kuligowski produced four first round NFL Draft picks since 2009. In 2015, Kuligowski’s defensive line helped the Tigers rank second in the nation in team tackles for loss. The Tigers also ranked ninth in the nation in total defense. In 2014, Mizzou led the SEC in sacks (a school-record 44), and was the stingiest defense in the league, allowing a conference-low 300.8 yards per game in league games. The 2013 season saw the emergence of Michael Sam. He led the SEC in both sacks (11.5) and tackles for loss (19.0) was named SEC Defensive Player of the Year, and became MU’s first defensive First-Team All-American since former great Justin Smith in 2001. Sam was a finalist for the Nagurski, Lombardi and Hendricks awards. Kuligowski’s defensive line was arguably the most disruptive and deepest in the nation in 2013, as it was responsible for 39 of Mizzou’s 41 season sacks (which led the SEC and ranked 12th nationally), while notching 73.5 of the team’s 107 tackles for loss.

Coach “Kool” debuted a star pupil in 2009: redshirt freshman end Aldon Smith, who turned out to be one of the top freshmen in the entire nation. Smith was named the Big 12 Conference Defensive Freshman/Newcomer of the Year, in unanimous fashion, and he also earned third-team All-American honors, as well as first-team Freshman All-American honors for his outstanding play in 2009. Smith broke the MU single-season quarterback sacks record in 2009, with 11.5 to surpass the old mark of 11 set in 2000 by former Missouri All-American Justin Smith. Aldon Smith also had 19 tackles for loss in his first year on the field for Mizzou, and he led all of the nation’s freshmen in both sacks and tackles for loss a year ago. In 2007, Kuligowski coached all four of his starters on the Tiger defensive line to at least honorable mention All-Big 12 honors.

Kuligowski was credited with building one of the top defensive lines in the MAC during his tenure at Toledo. In 2000, the Rockets were ranked fifth in the country in rushing defense, allowing just 81.5 yards per game and 2.46 yards per carry. They were ranked third in the country in scoring defense, third in total defense and No. 1 in turnover margin. Kuligowski was a four-year standout at Toledo (1987-90) as an offensive tackle. He was named first team All-MAC two straight years and helped lead the Rockets to the MAC title his senior year.

Kuligowski earned a bachelor of business administration degree from Toledo in 1991. He and his wife Mary have two daughters: Peyton and Madeline, and a son, Max.