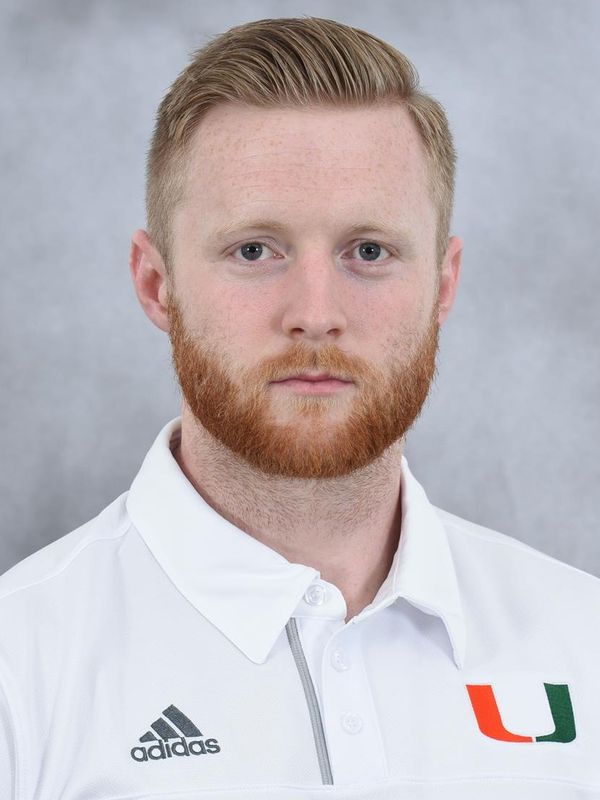 Chas Dodd is entering his first season as an assistant strength and conditioning coach for the Miami Hurricanes football program.

Before Miami, Dodd worked at The University of South Carolina for 3 seasons (2016-2018).  He served as a Strength & Conditioning Graduate Assistant during his time there.

Dodd went to South Carolina after spending one year as an assistant football coach/strength & conditioning coach at Opelika HS in Alabama.

Prior to that, Dodd played one year of professional football in the IFL (Italian Football League).  Dodd was the Quarterback for the 2015 Lazio Marines where led the league with 295.8 passing yards per game.  Following the season, he was honored as the league’s player of the year by IFL Magazine in Italy.

Before his short stint in Italy, Dodd was a four year letter winner at Rutgers University. He was a member of three bowl teams with the Scarlet Knights and a member of the Big East All-Academic Football Team.  Dodd won Big East Offensive Player of the week for his performance during his first career start where he threw for 322 yards and 2 touchdowns in a come from behind victory against the UConn Huskies. Dodd threw for a career 24 touchdowns and over 4,000 passing yards.

The Lyman, SC native earned his bachelors at Rutgers University and a master’s degree at California University of Pennsylvania.