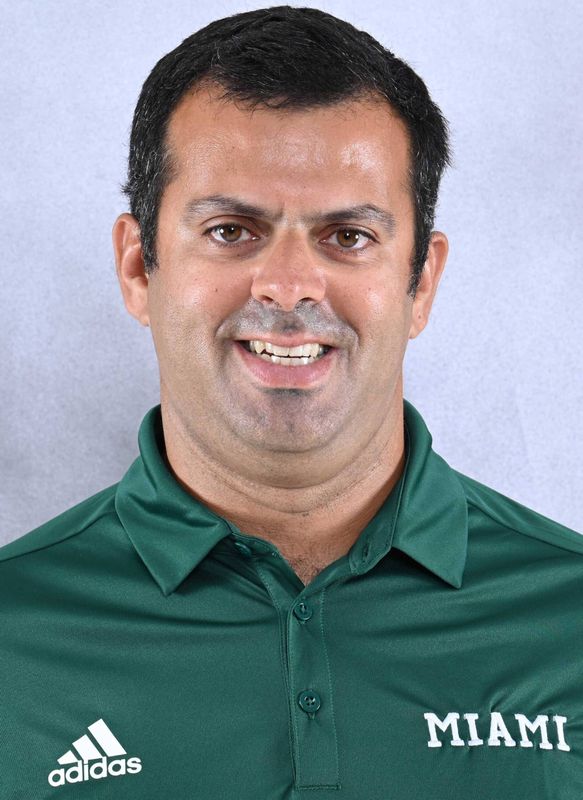 For Santos, the program’s associate head coach, this is his second stint at Miami; he previously worked for Yaroshuk-Tews from 2009-13. Santos earned ITA National Assistant Coach of the Year recognition in his final season, before departing to become the head coach at Pittsburgh.

In his first year back at The U, Santos helped the Hurricanes post a 15-9 (8-5 ACC) mark in 2021, as they reached the NCAA Team Championship Round of 32 and finished No. 20 nationally. Miami earned two top-10 wins, beating eighth-ranked Virginia at home and sixth-ranked Florida State in the ACC Championship quarterfinals. Estela Perez-Somarriba went 24-3 on her way to reaching the NCAA Singles Championship title match and claiming ITA National Player of the Year honors. She also won ACC Scholar-Athlete of the Year, ITA Senior Player of the Year and ITA Southeast Region Cissie Leary Sportsmanship Award. Perez-Somarriba and Isabella Pfennig, who ended the year ranked No. 26 nationally, both garnered ITA All-America and All-ACC status, with the latter winning ITA Southeast Region Rookie of the Year. Two Hurricane duos competed in the NCAA Doubles Championship, each finishing top-30 nationally.

Santos initially came to Miami as a volunteer assistant in 2009-10 and then served as a graduate manager in the fall of 2010 before being elevated to a full-time assistant coaching position in the spring of 2011.