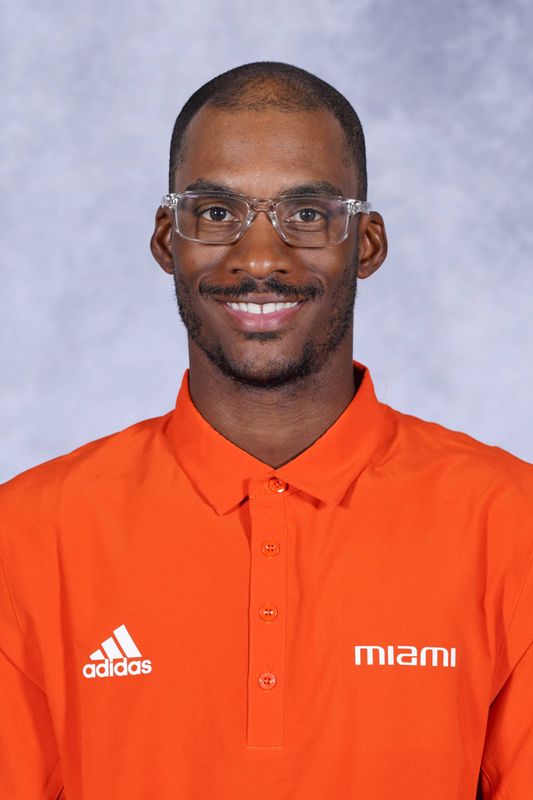 Jason Martin is entering his first season with Miami as an assistant coach for the track and field program.

Martin joins the Hurricanes after spending three seasons as an assistant coach at Barton College primarily working with jumpers. Under his direction, Martin aided the Cougar men’s outdoor team to its ninth NJCAA National Championship and Barton’s 58th NJCAA National Title. While at Barton, Martin produced two National Field Athletes of the Year, including a Central Region Women’s Outdoor Track Athlete of the Year and three individual national championships. Martin led the Cougar men to a third straight runner-up indoor finish and a 4th place finish on the women’s side.

Prior to his three seasons at Barton, Martin spent one year as the assistant track and cross-country coach at Highland Community College. At Highland, Martin assisted with Sprints and Jumps. During the 2019 season he coached 10 All-Americans, 17 National Qualifiers, and set two school records.

He spent two years at the University of Missouri-Kansas City.  At his alma mater of UMKC, Martin oversaw the sprinters and jumpers. During the 2017 season at UMKC, the men’s and women’s outdoor won conference titles, 18 athletes were all-conference, set four school records and had a pair of NCAA Division I Regional qualifiers. During the 2018 season at UMKC, Martin coached 13 all-conference athletes, including setting a school record and a duo of regional qualifying performances.

Martin began his coaching career back at Coffeyville. While at Coffeyville coaching the jumps, he had one NJCAA national champion (women’s long jump), six All-Americans and 27 national qualifiers, along with 23 all-region athletes and five school records.