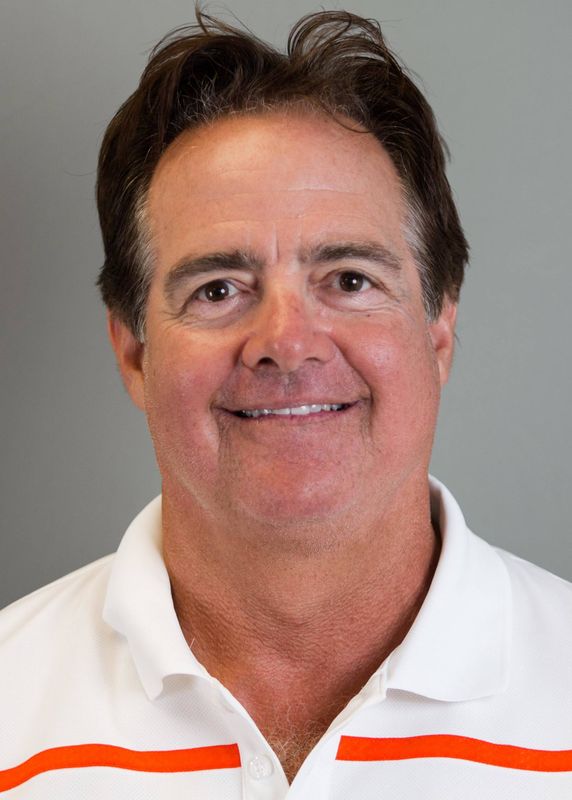 Randy Ableman is entering his 33rd year at the helm of the illustrious University of Miami diving program in 2021-2022.

Since joining the Hurricanes coaching staff in the spring of 1989, Ableman has developed the Hurricanes diving team into the nation’s premier program, while making his mark as one of the nation’s most respected diving authorities on the collegiate and national level, respectively.

In a shortened 2019-20 season, Ableman was named ACC Men’s Diving Coach of the Year after guiding his men’s platform divers to the top-four finishes at the ACC Swimming & Diving Championships, marking the first time ever that a team swept the men’s platform at the event. The Hurricanes repeated the feat at the NCAA Zone B qualifiers before the NCAA Swimming & Diving Championships were cancelled.

Ableman’s diving contingent – comprised of Alicia Blagg, Zach Cooper, David Dinsmore and Briadam Herrera – captured the top medal in each of their respective events at the 2019 ACC Swimming & Diving Championships in Greensboro, N.C. Blagg swept the springboard on the women’s side, Herrera swept springboard for the men, and Dinsmore and Cooper took the top-two finishes, respectively, in the men’s platform.

A native of Cedar Rapids, Iowa, Ableman is a nine-time CSCAA Diving Coach of the Year, earning the national recognition six consecutive years from 1995-2000.

Alongside that, he was selected as the Women’s Coach of the Year four consecutive times from 2000-2003. In 2002, Ableman was honored by U.S. Diving as he was awarded the Phil Boggs Award, presented annually to honor those who have achieved individual excellence in diving and have given back a part of themselves to assure the sport’s continuation and success.

Most recently, Ableman coached David Dinsmore to a national championship in the 10-meter platform in the spring of 2017. He also coached then-senior Sam Dorman to a record-breaking performance in the 3-meter event at the 2015 NCAA Swimming & Diving Championships.

Dorman’s score of 529.10 was the highest total in NCAA history for the six-dive version of the event, which earned him the first national championship by a Miami men’s diver since Reuben Ross in 2008.

Dorman’s storybook journey at Miami was far from over; Ableman would go on to coach Dorman at the 2016 Rio Olympics as a member of the Team USA staff, and led his protégé to a silver medal as a member of the 3-meter synchro team.

All three of Ableman’s active divers qualified for the 2013 NCAA Division I Women’s Championships in Indianapolis. Kara McCormack, the 2013 ACC Women’s Diver of the Year, earned All-America status in the platform event, while Lindsay Lester was named All-America in the 3-meter.

Ableman has coached 12 National Champions to a NCAA-record 23 individual national titles, including four-time NCAA Champions Dean Panaro, Rio Ramirez and Tyce Routson. Recently added to his list of national awardwinners were Brittany Viola and Reuben Ross who each collected individual titles in 2008.

Ableman led the Hurricanes to another NCAA record in 1996 with the trio of Tyce Routson, Brian Gillooly and Chris Mantilla becoming the first freshman in NCAA history to sweep the 10-meter platform at the NCAA Championships. Under Ableman’s guidance, 24 Hurricanes have garnered All-America honors with at least one (1) UM diver earning All-America status every year since 1989. In 1995, the Hurricanes became the first school in NCAA history to have five divers – Jose Gil, Brian Ramos, Chris Mantilla, Brian Gillooly and Tyce Routson – earn All-America honors in the same year. National title holders Viola and Ross were added to the long list of All-Americans coached under Ableman in 2008.

Hurricane divers have also excelled on the Olympic level during Ableman’s tenure, with a total of 11 divers, representing seven different countries, competing at the Olympic Games since 1992, including U.S. Diving Team member and former Hurricane Kyle Prandi. In 2004, Ableman made his third trip to the Olympic Games as a member of the U.S. Olympic Diving Team coaching staff. He also served on the 1996 and 2000 Olympic teams and in the summer of 2003, Ableman served as the U.S. Pan Am Games head coach.

More recently, Ableman served as head coach of the diving team for the Republic of South Africa and coached two more Hurricanes in Summer Olympic Games. Jenna Dreyer (South Africa) made her second trip to the Olympic Games to represent her home country under the guidance of Ableman in 2008 in Beijing, China. Also participating for the Hurricanes as a member of a national team was Dreyer’s teammate Reuben Ross–representing his home country of Canada. Dreyer was also a member of the South African national team in 2004 during the Olympic Game sin Athens, Greece.

Ableman came to Miami in 1989 after a five-year stint as the head diving coach at the University of South Carolina from 1985-1989 and a one-year stay as the head coach at Wright State in 1984.

Ableman graduated from the University of Iowa with a bachelor’s of science in recreation and education in 1983. A four-time All-America diver at Iowa, Ableman was the 1981 NCAA Champion in the 1-meter springboard and still to this day holds the Hawkeyes school record in the 3-meter springboard.