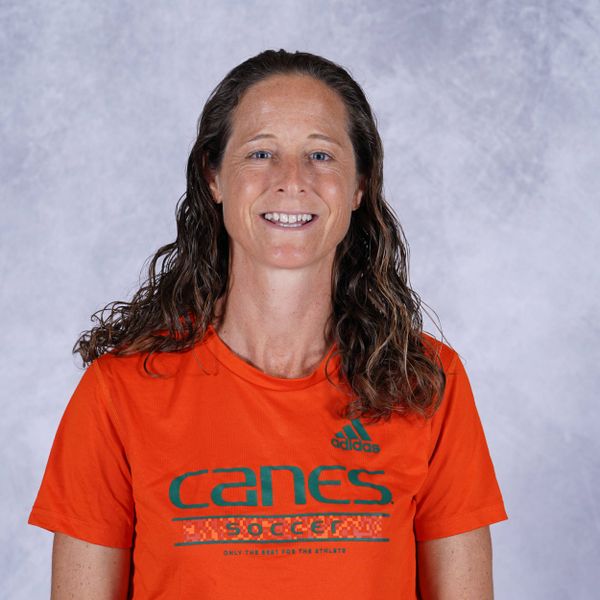 Sarah Barnes enters her fifth year at the helm of the Miami Hurricanes soccer team. Since taking over the Hurricanes in 2018, Barnes has led Miami to some of its finest victories in school history.

In 2021, Barnes’ team improved its win total by three, highlighted by the first victory over rival Florida for the first time since 2012 and the first win at Boston College in program history.

During the 2019 campaign, Miami topped then-No. 15 Clemson, 3-2, in a double overtime thriller at Cobb Stadium, posting a top-25 win for the second consecutive campaign.

Barnes capped off her first season in Coral Gables, guiding the Hurricanes to a 1-0 result over then-No. 9 Florida State. The victory marked the 12th time Miami has defeated a top-10 team.

Barnes spent six seasons as the head coach at George Washington University, where she was named the 2015 Atlantic 10 Coach of the Year.

As An Assistant Coach