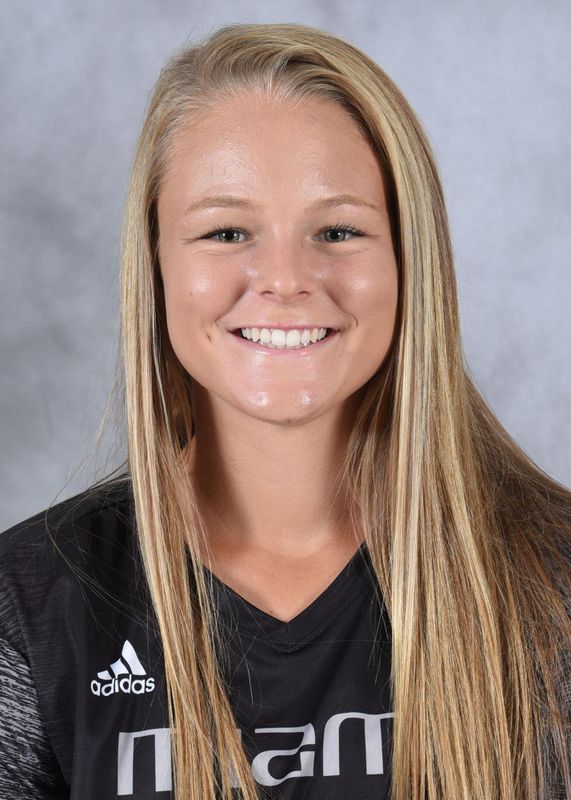 2018 (Freshman): Saw action in four matches … Logged 168 minutes on the backline in her opening campaign … Notched two shots against FIU (8/19).

High School: Did not compete her senior season, after early-enrolling at Miami … As a junior, earned All-Conference first team honors for the Gateway Conference … Earned the Team Golden Boot award … Two-time Florida Times-Union All-First Coast Pick as a sophomore and junior … As a sophomore, earned first team all-conference accolades … Was named Defensive Player of the Year … Outside of soccer, competed on the varsity flag football team, earning First-team All-Conference and was inducted into the Duncan U. Fletcher Hall of Fame.

Personal: Full name is Erika Kaylee Middleton … Born July 3, 2000 … Daughter of Trina and Dave Middleton … Father works for a financial industry and mother is an educational director at the Jacksonville School for Autism … Has an older brother, Tommy … Father played goalkeeper at Eastern Illinois University … Intends to major in exercise physiology… Favorite athlete is Julie Ertz … Chose Miami because of weather … Goals are to grow and learn as a person and player and be the best she can be on and off the field … Committed to Miami over Alabama and Missouri.