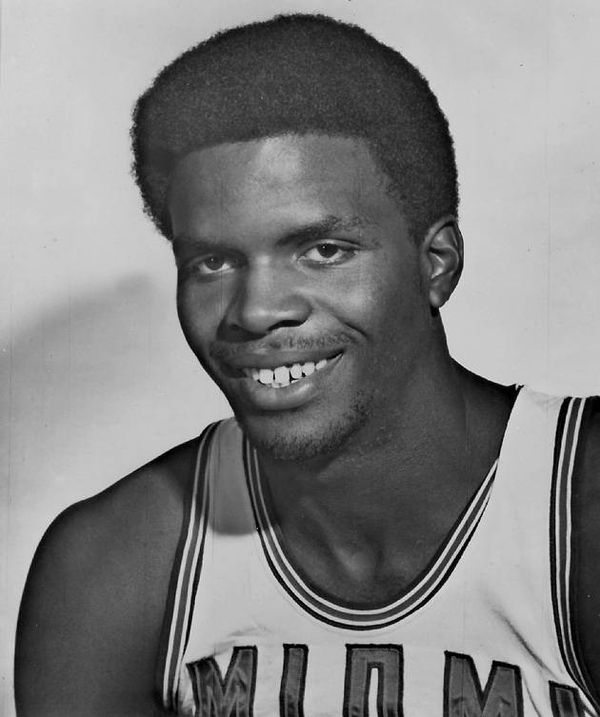 Has earned two letters…Two years of campaigning, in which he scored 796 points and 600 rebounds moving him into position to bid for a spot on UM’s all-time basketball squad and All-America…Started his senior year No. 23 in the all-time scoring tabulation…Scored 29 points vs. Florida State his junior year, which was his best performance.

Allen led his team to 55 wins in 64 games…as a senior he averaged 25 points and 23 rebounds a game in a 20-1 campaign…His three-year high school scoring totals were 1,251 points and 1,117 rebounds…appeared on just about every all-star team, including All-America.