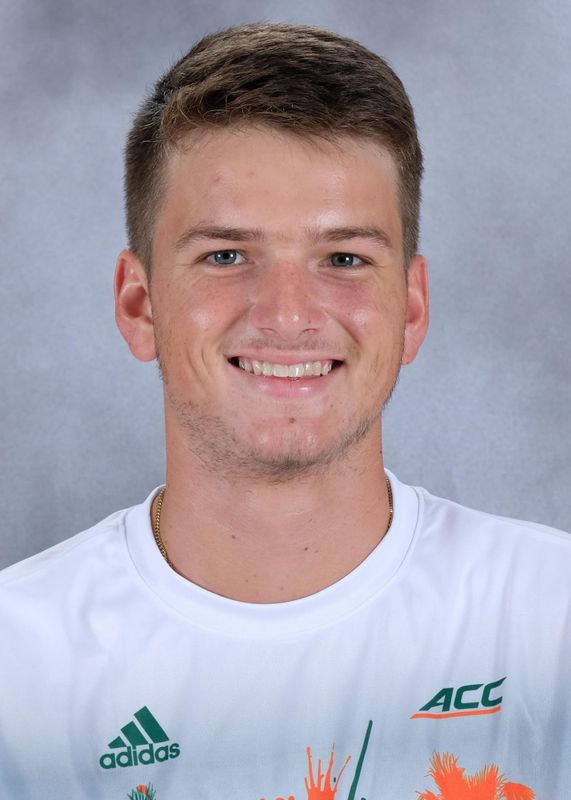 As a Freshman (Nebraska) 2017-18
William Grattan-Smith finished his freshman season at Nebraska with a 10-14 overall singles record, along with a 1-9 mark in Big Ten competition. Playing most of his matches from the No. 5 and No. 6 spots, the Atlanta, Ga. native started the season with a six-match win streak before concluding his spring play at 8-12.

Grattan-Smith’s best match of the season took place on March 25, when the Huskers faced off against No. 35 Minnesota. The freshman was the only player to win a match that afternoon, beating Gopher opponent Vlad Lobak in three sets (6-4, 1-6, 10-7) at the No. 5 position.

In doubles competition, Grattan-Smith posted a 9-12 spring record, playing most of his matches with fellow freshman Isaac Nortey at the No. 3 spot. In Big Ten play, Grattan-Smith finished the season at 2-8 in doubles action.

Grattan-Smith also earned spots on the Nebraska Scholar-Athlete Honor Roll in the fall and spring semesters of 2017-18. He was also a member of the 2018 Tom Osborne Citizenship Team in recognition of his service to the community.

Juniors
In 2015, Grattan-Smith reached the round of 16 at the UTSA Boys 16 and Under Hard Court National Championships in Kalamazoo, Mich. He led the Atlanta International School to its first state semifinal berth in 2016. He only lost two high school matches his entire career and was ranked in the top 20 in the Southern Section throughout his playing career from 12U through 18U.

Personal
William was born in Atlanta, Georgia on April 23, 1999. He attended the Atlanta International School. His parents are Damien and Ashley Grattan-Smith. William has a younger brother, Robbie, and a younger sister, Meredith. Willliam is majoring in finance and earned spots on the Nebraska Scholar-Athlete Honor Roll in the fall and spring semesters of 2017-18. He was a member of the Tom Osborne Citizenship Team in 2018.