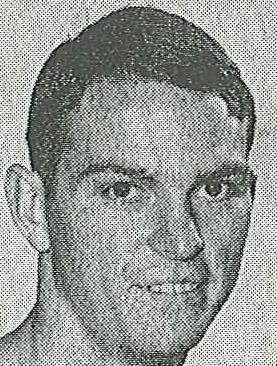 Junior: guard from Vincennes, Industrial Engineering . . . nickname, Tom . . . age 21 . . . hgt. 6-0 . . . wgt. 160 . . . letters earned, 1 . . . Injury to Junior Gee catapulted Green into a starting role for UM against tournament bound Memphis State last season and Tom responded brilliantly as Miami scored one of its best triumphs of the year, 88-63. He followed with several other good games and is in the picture for a starting job or at least the sixth man role this season. Tom showed himself to be an excellent ball handler, a good hustler as well as possessing speed and leadership qualities.

High School: Before coming to the Hurricanes, Tom was an outstanding high school player, averaging 17 points a game. He was credited with an average of 10 assists per encounter. His qualities of leadership and reputation as a team man earned him the captaincy of his high school team for two successive campaigns. He wound up with All-Sectional, All-Regional. All-Conference, All-State and All-American. High school coach….John Dotson.