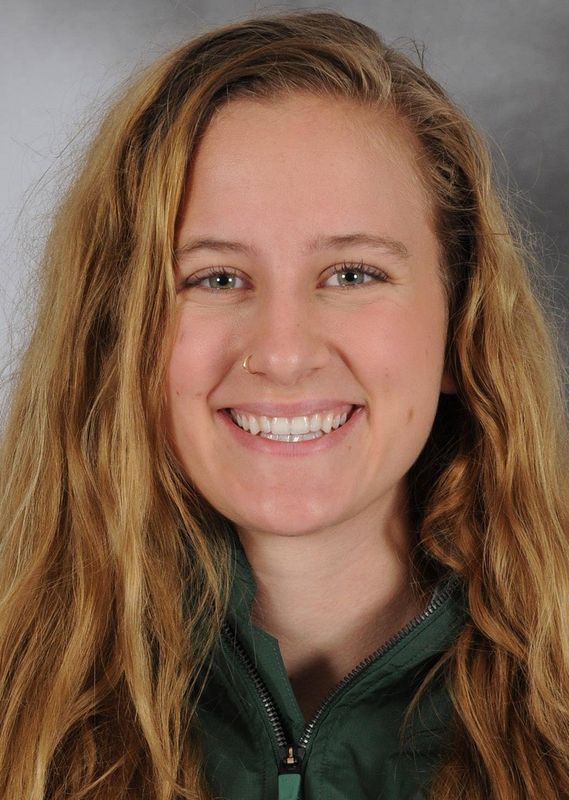 2012 Cross Country: Competed in a total of two meets… Ran a 24:32.82 at the Miami Greentree Invitational… Finished the Mountain Dew Invitational with a time of 22:37.63

2011 Cross Country: Ran in both the Bulls XC and Mountain Dew Inviational. Recorded a personal and season best of 21:45.60 at the Bulls XC Invitational

High School: Competed in the 800m, 5000m, triple jump, and 4×800 and cross country at Pioneer High School… Two-time All-State triple jumper… Placed fifth, third, and eighth at Indoor State Championships her sophomore, junior and senior years, respectively… Placed third in the 4×800 in the regionals in her senior year… Team captain of both Cross Country and Track during senior year… Recorded personal bests of 20:06 in the 5000m, 2:25 in the 800m and a split of 2:22 in the 4×800

Personal: Creative Writing major… Plans on going to graduate school and becoming a travelling poet or a teacher… Daughter of Sharon and Anthony Ryan… Has one sister, Emily (17)… Has performed at the National Youth Poetry Slam in San Francisco with the Ann Arbor Slam team… Was editor of the Red Beard press, a youth run publication company