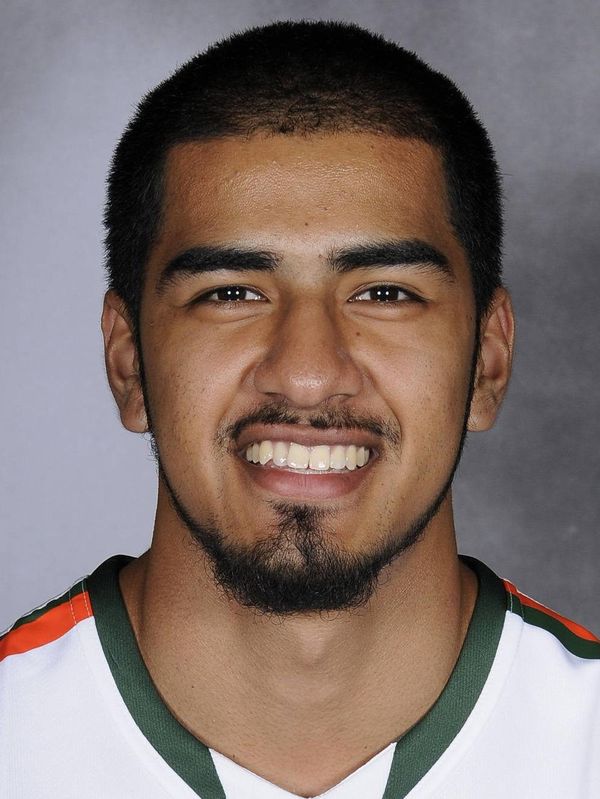 Miami Career
Played in 21 games for the Hurricanes, starting one game against Boston College on senior night … Totaled 32 minutes of action, 10 points, one three-pointer, three free throws, three rebounds (all offensive), five assists and one steal … Averaged 0.5 points per game, 1.5 minutes per game, 0.1 rebounds per game, and 0.2 assists per game … Shot 3-of-9 from the field for a .333 field goal percentage … Hit 1-of-3 treys, good for a .333 3-point field goal percentage … A career .500 free throw shooter, after going 3-of-6 from the charity stripe … Career highs include three points against South Carolina State (12/12/09), two rebounds also against South Carolina State (12/12/09), two assists at Pepperdine (1/3/10), and eight minutes against Boston College on senior night … Drained the only three pointer of his career against Pepperdine (12/30/10) … Made his first career field goal vs. Nova Southeastern (11/16/09).

Saw action in eight games, including five ACC matchups and the NIT game against Minnesota … Scored a free throw in each of his final two appearances … Started and played eight minutes against Boston College on senior night …. Pulled down a rebound and hit a free throw after being fouled on a shot attempt … Recorded an assist in the game as well … Season highs include one point against Minnesota and Boston College, and one rebound, one assist and eight minutes vs. BC.

Saw limited action in five games, averaging 0.6 points per game… Knocked down his first career three-pointer in the final minutes versus Pepperdine (12/30).

Came off the bench for his first action in an ACC Tournament game versus Wake Forest (3/11)… Saw a career-high tying three minutes off the bench, handing out a career-best two assists in a road win at Pepperdine (1/3)… Scored a career-high three points on 1-for-2 shooting from the field — also connecting on his first-ever free throw attempt, finishing 1-of-2 at the line with two offensive rebounds versus South Carolina State (12/12)… Hit his first field goal as a Hurricane versus Nova Southeastern (11/16).

Saw time on the court in three games for the Hurricanes… Got his first ACC action in the last minute of the win over then- No. 6/7 Wake Forest (2/4)… Made his first road trip with the team to Boston College (1/10)… Saw a minute of action while taking his first field goal attempt as a Hurricane in the win over North Florida (12/31)… Played two minutes in the opener versus Florida Southern (11/9).

Personal
Last name is pronounced KWIG-tar … Born on Dec. 22, 1989 … Son of Raymond and Christina Quigtar … A business management major with a minor in sports administration … Has one younger brother, Jordan … Off the court, interests include God, family, video games, bowling and shoes.