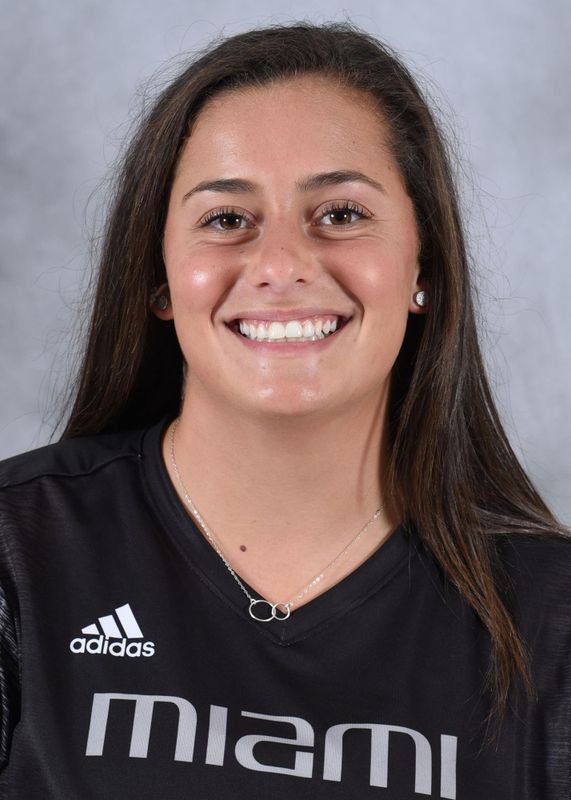 2018 (Redshirt Freshman): Saw action in 17 matches and made three starts … Logged 555 minutes on the season … Closed out the season with 14 shots and seven shots on target … Notched the match-winning goal against FIU (8/19), and placed both of her shots on target … Attempted three shots against UTRGV (8/30) and one shot on goal … Notched a shot on goal against UCF (9/2) … Made her first collegiate start and registered two shots on target at Stetson (9/9) … Earned her second start and directed a shot on target against eighth-ranked Boston College (10/13).

2017 (Freshman): Did not see any match action due to injury.

Club: Played for World Class FC ECNL from U-14 through U-18 … Coached by Kazbek Tambi, the former U-17 U.S. Women’s National Team head coach … Selected for ECNL Northeast Metro Player Development Programs in 2015, 2016 and 2017.

ODP: Participated in Region I ODP Camp in Rhode Island in 2013.

Personal: Full name is Rachel Jenna Sorkenn … Born Nov. 9, 1998 … Parents are Jonathan and Jodie Sorkenn … Father is a media trading/corporate barter executive and mother is a social worker … Has an older brother, David, and a twin sister, Alison … Brother played soccer at Wheaton College (Mass.) and sister plays soccer at Union College (N.Y.) … Majoring in sports administration … Favorite athlete is Lionel Messi because they play the same position and he is fun to watch … Best sports memory is scoring a brace to defeat nationally-ranked Immaculate Heart Academy in the Bergen County Tournament as a senior … Enjoys singing … Chose Miami, her dream school, because of the competitive conference, outstanding academics, coaching staff and beautiful weather.