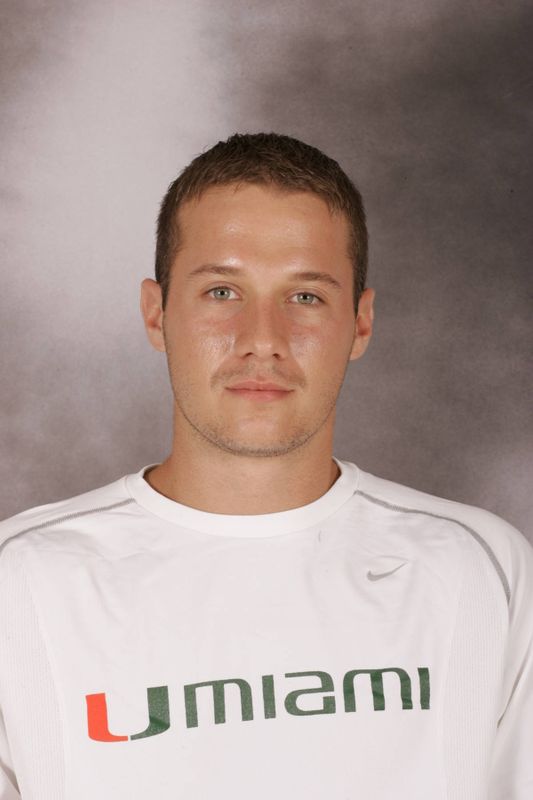 2004-05 (Sophomore):
Saw limited action in the spring due to injury… played in two doubles matches with Ryan Waits…did not play in the fall.

2003-04 (Redshirt Freshman):
After transferring from Gulf Coast College, played as a redshirt freshman during his first season with the Hurricanes…saw very little action due to injury and was forced to either default or retire in all four singles matches played during the dual season…paired with teammate Josh Cohen to down Chris McCoy and Kiernan Laughlin of Boston College, 8-1 in the opening match of the BIG EAST Championships…along with Cohen, upended Todd Goldberg and Morgan Bauer of St. John’s, 8-2 at the BIG EAST Championships.

2002-03 (Freshman):
Granted a redshirt during his freshman season at Gulf Coast College.