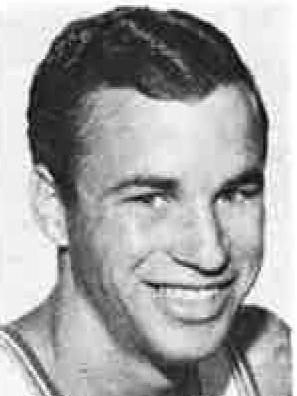 Hutslar made All-State in high school at St. Joseph’s in Oakland, spent a year with Alameda Junior College (Alameda, Cal.), the sat out as a red shirt at Miami last season. While at Alameda he averaged 19 points a game. Mike has amazing jumping ability- his leap can carry him above the rim of the basket. Because of his jumping ability, he will be used as a swing man between forward and guard. The Californian has tremendous moves in driving to the basket. His best shot is the jumper from the top of the key. Mike’s high school coach was Des Leonard.

Although Hutsler was a reserve, he was fifth in both scoring and rebounding for the Hurricanes as a sophomore. His apprenticeship could lead to bigger things this year. Mike is a sensational jumper. At 6-2, he is still able to leap above the rim of the basket. Mike moves well toward the basket and is a deadly jumper from the top of the key. A year ago, he was the most accurate man of the squad from the field with an amazing .557 mark in field goal shooting. He scored 19 points against Loyola, caging 9 of 14 field goals and adding one of two free throws. In the same game, he picked off 11 rebounds. Hutslar played for St. Joseph’s High in Oakland, where he made All-State as well as All-League two times. He played one season at Alameda Junior College, where he averaged 19 points. His high school coach was Des Leonard.

Hutslar is probably the hardest playing man on the squad. His aggressive, go-for-broke style of play keeps the action at fever peak whenever he’s around. He’s one of those gifted athletes who despite his 6-2 stature, still can leap as high as the rim of the basket. Mike had some starting calls in his sophomore year, finishing fifth in both scoring and rebounding, while last season he played first string all the way. The Californian has good moves toward the basket and has been a deadly jumper from the top of the key. As a sophomore, his field goal percentage of .557 topped everybody on the team, but last season he fell slightly under .50 per cent. Hutslar’s big game as a soph came against Loyola when he scored 19 points and grabbed 11 rebounds. Stetson was his big scoring game during 1968-69 (22 points), with Loyola again being his favorite rebound target (an encore of 11). Back in high school, Hutslar was All-Catholic League twice, All-Metro and All-State for St. Joseph’s High under Coach Des Leonard. He also lettered once in track. Mike played one season at Alameda Junior College, averaging 19 points.