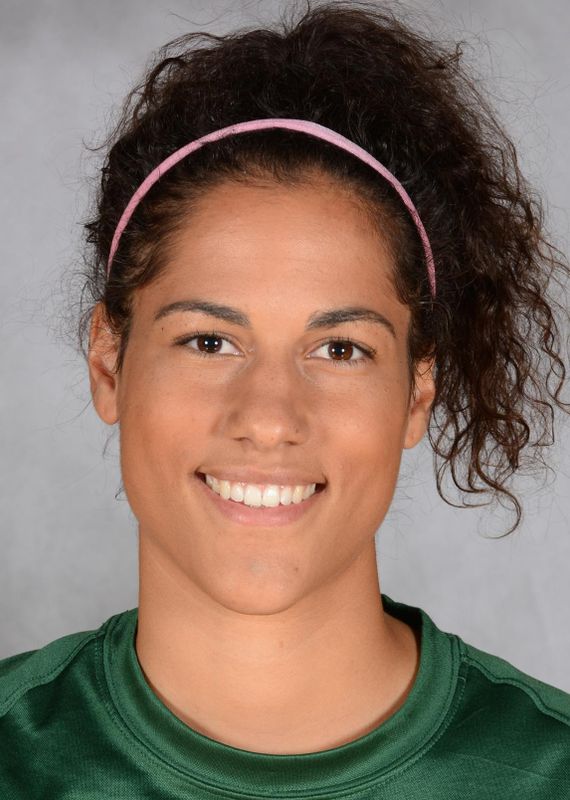 2013 (Junior): One of just three Hurricanes to start all 18 games of season … Has started all 55 games since arriving on campus … Played 90+ minutes in 17 of 18 games, including full 110 minutes in double overtime draw with Boston College (Oct. 20) … Registered five shots on season and one on target … Recorded season-high two shots at Milwaukee (Sept. 1) … Totaled 1,638 minutes on defensive backline … Earned letter.

2012 (Sophomore): Started all 18 games in which she competed, continuing personal streak of 37 straight starts dating back to freshman year … Played pivotal role in team’s 0.90 goals against average mark, serving as one of Canes’ most reliable defenders … Registered  lone point of season on assist in team’s 3-0 win over Idaho (Sept. 7).

2011 (Freshman): Started all 19 games of the season on defense in her freshman campaign…Played a key role for the team’s backline that held opponents to a .120 shooting percentage…Chipped in one assist and two shots on goal.

ODP: Played in an Olympic Development Program in Boca Raton from 2001-2003.

High School: Scored 95 goals in her high school career… Led her team to the playoffs each of her three seasons and won the state championship her senior season.