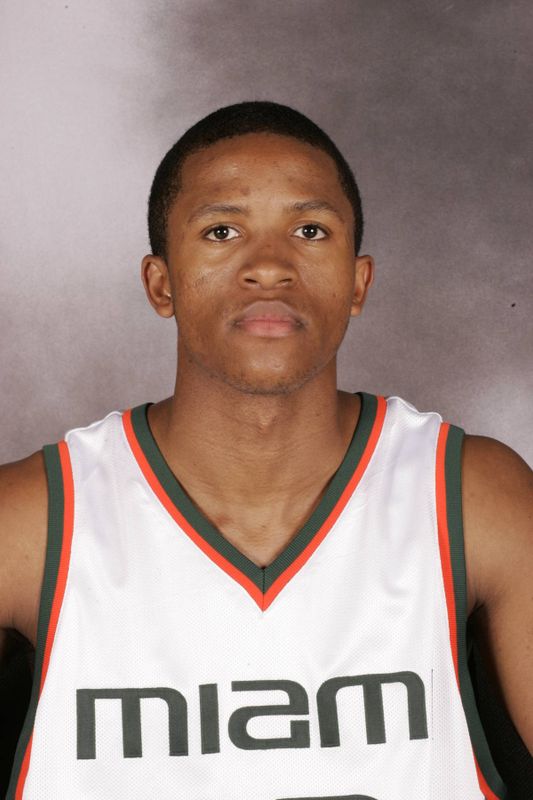 At Miami: Walk-on who joined the Hurricanes prior to the 2004-05 season…was a team manager for the University of Miami women’s basketball team for two seasons…was one of seven men’s managers that played against the women during practice…women’s team finished 22-7 in 2003-04 and made its second consecutive NCAA Tournament appearance.

As a Junior (2004-05): Walk-on who joined the team prior to the season…played in two games averaging 2.5 points in 3.0 minutes per game. In the Regular Season: Had one steal in two minutes of action against Appalachian State (12-30-04)…made first collegiate action against Stetson (12-18-04) recording five points and one assist in four minutes.

Personal: Business Management major with a minor in Sports Administration…lists career objective as becoming a General Manager of an NBA franchise…enjoys listening to music and watching TV in his spare time…lists Allen Iverson as his favorite athlete and the Washington Redskins as his favorite team…his brother Deon is currently a defensive back on the Penn State football team.