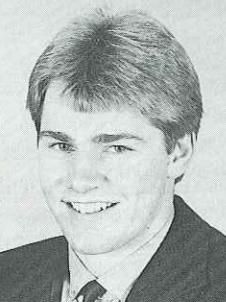 High School: Led Richmond High School to league and district championships and a berth in the state tournament as a senior in 1984 … was the Big Nine Conference leading scorer as a senior with a 17.1 average while also averaging 7.1 assists and 4.0 rebounds per game … helped Richland to a 22-3 record in 1983-84 and earned all-league and all-state honors in final high school season … was the conference leading scorer as a junior, while also earning honorable mention all-state recognition … Coached in high school by Phil Neill … Compiled an outstanding 4.0 grade point average in senior year.

Personal: Born on September 21,1965 …Full name is Kevin Michael Presto… father is a high school basketball coach … Came to UM from the Northwest corner of the country …was the third player to commit to the Hurricane program in 1984 … caught Bill Foster eye at an AAU tournament in Jacksonville … during a two night span in that tourney, he scored 69 points, including a 47 point outburst against an Indiana team which included Delray Brooks (Indiana) and Troy Lewis (Purdue) … Jacksonville AAU trip was Presto’s final shot attracting Division I scholarship attention … Maintained a grade point average of ore than 3.5 in first year at Miami …plans to major in finance or accounting.