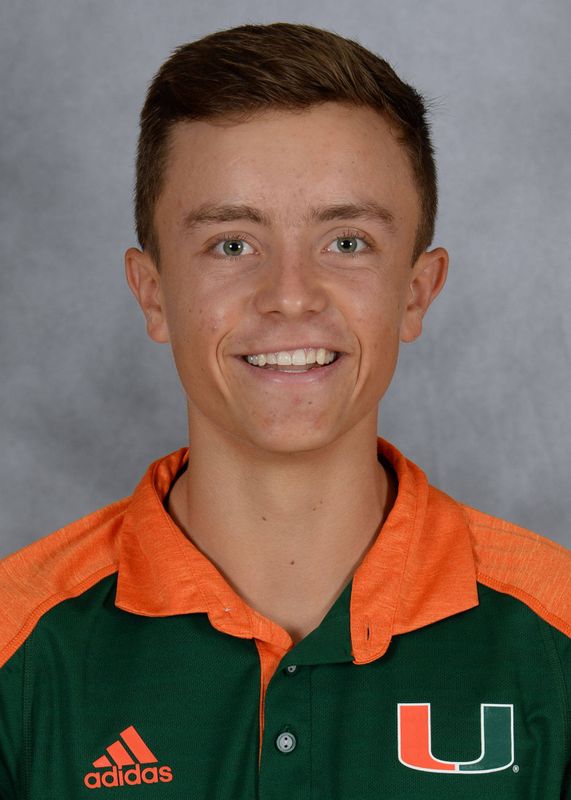 Bondar played three years at Miami and then transitioned to serving as a volunteer assistant after the completion of his undergraduate coursework in order to graduate early.

As a Junior (2016-17)
Kevin Bondar 2016-17 match-by-match
Fall: 4-7 singles, 2-5 doubles … Reached round of 32 at the Southern Intercollegiate Championships, defeating Sam Dromsky … Took down Kansas State’s Jake Bouchillonto to reach the round of 32 at ITA Southeast Regional Championships … Partnered with Nile Clark at the Georgia Tech Invitational reaching the finals … Defeated Georgia Tech’s Michael Kay and Phillip Gresk at the Bulldog Scramble.
Spring: 4-9 singles, 0-2 doubles … In ACC play 1-4 singles, 0-2 doubles … In singles, opened the season with a victory at the No. 5 position over St. John’s Ognjen Trejgut (Jan. 20) … Earned an ACC Victory at the No. 5 position over Clemson’s Arturo Pinazo (Feb. 19).

Fall:  2-6 singles, 0-0 doubles … Won first career collegiate match in the USTA Collegiate Clay Court Invitational defeating Tyler Pate from UCF, 6-2, 6-3.
Spring: 2-4 singles, 9-6 doubles … Posted a 2-4 mark in singles, with a win at No. 4 and at No. 6 … Second on the team with a 9-6 doubles record … Was 9-5 with Wilfredo Gonzalez, including six wins at No. 2 and two at No. 3 … Paired up once with Alexander Fahnehjelm at the No. 3 spot … Posted a pair of ACC doubles wins with Gonzalez, defeating Notre Dame’s No. 22 duo of Eddy Covalschi and Josh Hagar 8-4 at No. 2 spot, and downing Boston College’s Conor Mullins and Philip Nelson 8-6 at No. 1 position … Opened the spring 5-0, then improved on to 7-1 through March 10 with Gonzalez.

Personal
Born Kevin John Bondar on Jan. 20, 1996 … Son of Les and Lori Bondar … One sister, Carly … Has lived throughout Canada and in California, Pennsylvania, Florida and Texas … Enrolled in UMiami’s Honors Program in Medicine – a seven-year BS/MD program associated with the Miller School of Medicine.