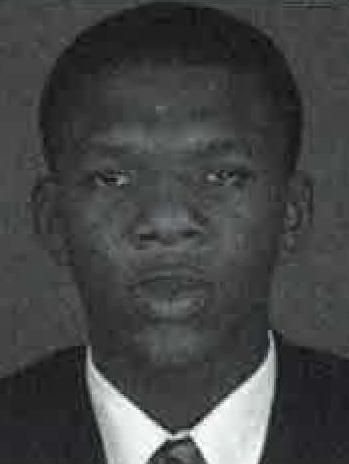 Played in all three games averaging 4.3 points and 2.0 rebounds per game … scored two points and grabbed two rebounds in eight minutes against Arkansas (3-17 -OO) …recorded five points, two rebounds and one steal against Ohio State (3-19-00)… poured. in six points in 10 minutes vs. Tulsa (3-24-00) … was 2-2 from three-point range while recording two rebounds, one assist, one block and one steal… left game in first half with a sprained left ankle.

Posted 18 points, four rebounds, one block and one steal in Miami’s opening round game against Pittsburgh (3-7-01) … was 7-11 from the field, including l-3 from three-point range, and 3-4 from the line. In the National Invitation Tournament: Scored a game high 20 points, 17 in the first-half, and pulled down a career high15 rebounds against Auburn (3-14-01) … was 7-13 from the field including 2-5 from three-point range and registered two blocks and one steal.

Third-team All-BIG EAST Selection … 2002 Verizon Academic All-District III selection …started all 3l games at power forward averaging 12.8 points, 6.3 rebounds, 1.5 assists, 2.4 blocks and 1.3 steals … led team in rebounding and blocks … ranked third on the team in scoring … ranked third in the BIG EAST and 25th in the nation in blocks .. .led or tied for the team lead in scoring five times … led the team in rebounding 11 times … recorded four double-doubles … ranks third on Miami’s career blocked shots list (l42) … his 78 blocks on the season ranks third on UM single-season list…joins Constantin Popa and Tito Harford as the only Hurricanes to record 70-or more blocks in a season.

Had ll points, five rebounds, one assist and one block against Missouri (3-14-02).

Returning starter at power forward … preseason second team All-BIG EAST selection by The Sporting News … preseason third-team All-Conference selection by Athlon Sports … rated as the BIG EASH Best Athlete by Street&Smith’s … an explosive scorer who can score from around the basket or from the perimeter … gives Miami a shot blocking threat down low with his excellent timing and leaping ability … can also play small forward … an accomplished student who has earned BIG EAST All-Academic honors each of his first three seasons … team captain.