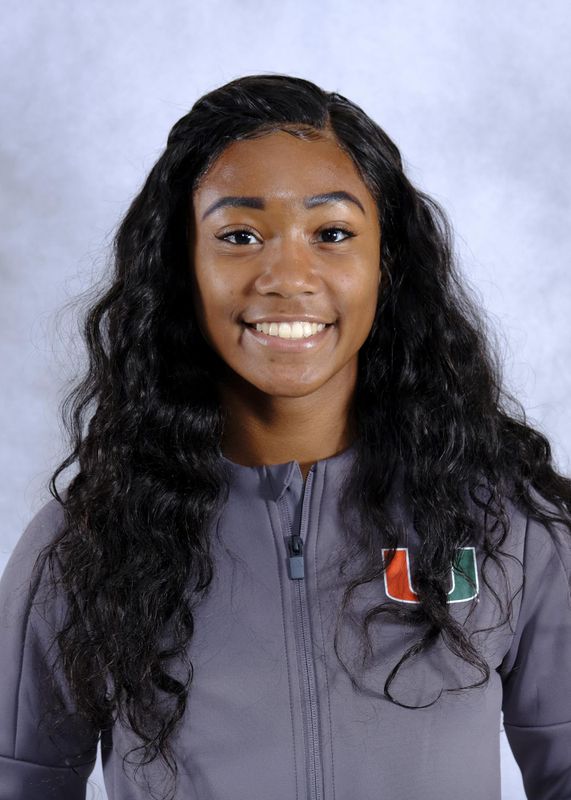 2020 Indoor: Debuted for the Canes at the Wolverine Invitational, winning both the 60m and 200m dash with meet-record times of 7.38 seconds and 23.98 seconds, respectively… Finished third in a field of 69 competitors in the 200m with a time of 24.18 at the Vanderbilt Invitational… Finished sixth in the 60m dash at the Texas Tech Invitational with her time of 7.36 seconds, recorded a personal best time in the 200 at 23.91 seconds and competed in her first 4×400 relay with the Canes, running the anchor leg as the Canes finished with a time of 3:40.96… PRd and broke into Miami’s Top 5 in both the 60m dash and the 200m dash at the Tiger Paw Invitational with times of 7.28 seconds and 23.42, respectively. Her 60m time ranks as the fourth-fastest time in program history and the fifth-fastest time in the 200m… Was the lone female track competitor for the Canes to podium twice at the ACC Indoor Championships, finishing second in the women’s 60m dash with her time of 7.25, which ranks tied for third in Miami history… Later went on to finish third in the women’s 200m final with her time of 23.68m, totaling 14 points for Miami. Finished her freshman season with the third-fastest 60m time and fifth-fastest 200m time in Miami history.