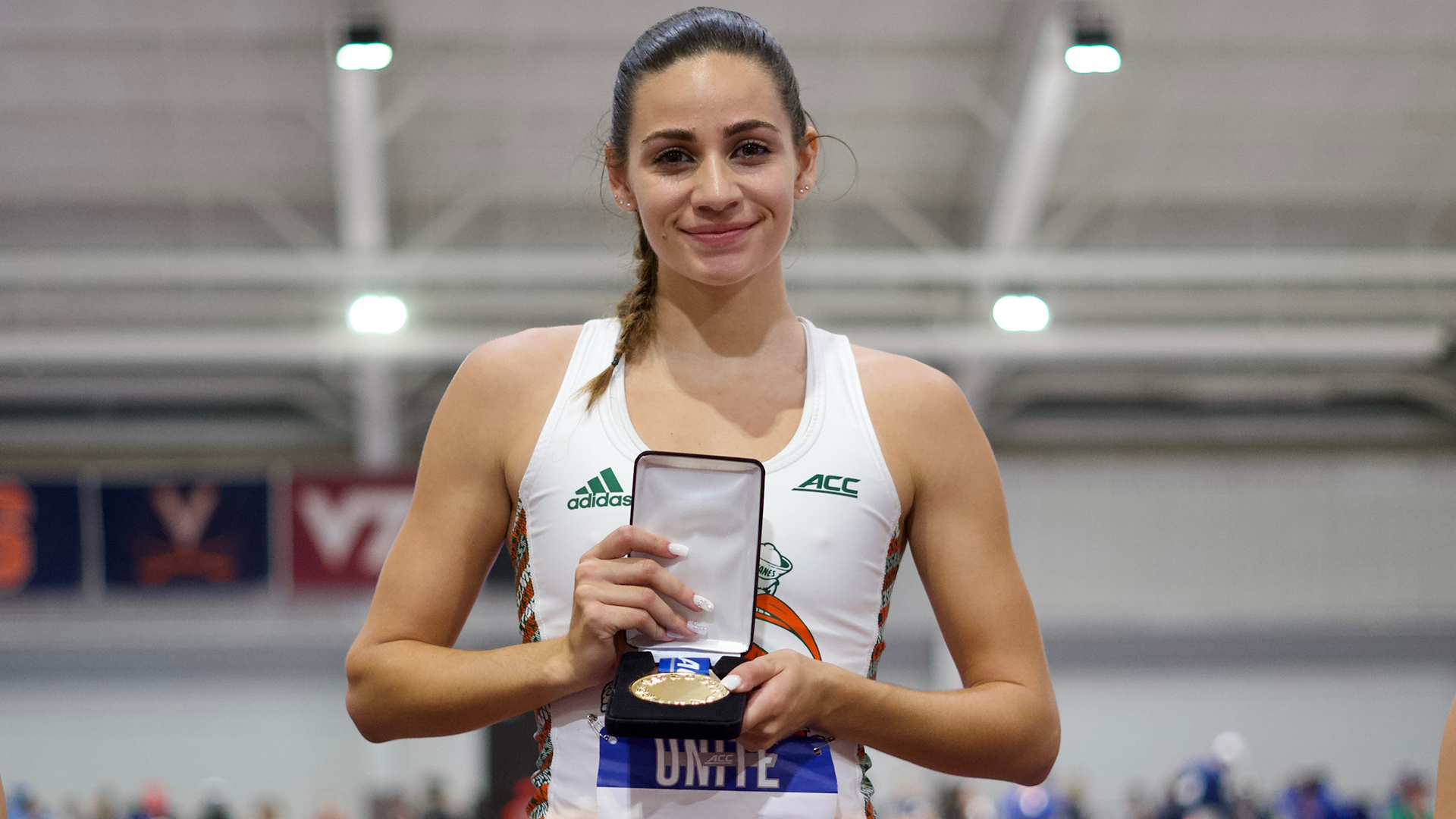 BLACKSBURG, Va. – The final day of the ACC Championships was headlined for the University of Miami track and field team by the trio of Isaiah Holmes, Moriah Oliveira and Jacious Sears as all earned hardware on Saturday.

After he earned gold in the high jump and long jump on Friday, Holmes capped his award-winning weekend off by being named the 2022 ACC Indoor Field MVP.

“We had some really solid performances today, Jacious stepped up in the 60 meters,” said director of track and field and cross country Amy Deem. “It was a nice big personal best for Moriah in the 400. We had a lot of season bests today.

“Our men had the best finish that they have ever had but I still think we are leaving too many points behind. As a coaching staff we have to figure some things out and regroup to get ready for outdoors. Again, we had some really great individual performances, but we left too many points off the table, and we just can’t continue to do that as a team.”

Alfreda Steele walked away with a pair of medals herself. She began her day with a bronze finish in the 60-meter final in a time of 7.30 seconds, a season best, and ended the afternoon with silver in the 200 meters as she crossed the finish line in 23.47.

In his first ACC Championships, Ayman Zahafi earned himself third in the 800 meter as he finished in 1:48.87. Khamal Stewart-Baynes paced a trio of Canes in the 400-meter final with the fourth best time in the program record book, 46.91, and a new personal best on his way to fifth.

Miami ended the day with medals in both the men’s and women’s 4×400 meter relays. The men’s squad of Stewart-Baynes, Davonte Fuller, Solomon Strader and Zahafi were awarded silver as they posted a time of 3:10.28 – the fifth fastest time in program history. For the women, the quartet of Blanca Hervas-Rodriguez, Moriah Oliveira, Kayla Johnson and Sierra Oliveira ran a race of 3:35.46 to earn bronze.

Hervas-Rodriguez registered a new personal best 400-meter time of 53.87 to take fifth in the final.

The Hurricanes’ field events were highlighted by the duo of Debbie Ajagbe and Justin Forde who each earned a podium spot on Day Three. Ajagbe tallied a season-best 16.38-meter shot put on her way to silver, while Forde notched a triple jump of 15.98 meters for third place.

Kristina Rakocevic notched a mark of 14.30 meters in the shot put for a new personal best in the event. Kevin Snyder recorded a career best triple jump of 15.44 meters to place ninth.

UM’s men earned the program’s highest ACC finish in history, sixth, with a school record 60 points. The women posted 76 points to earn third on the weekend. 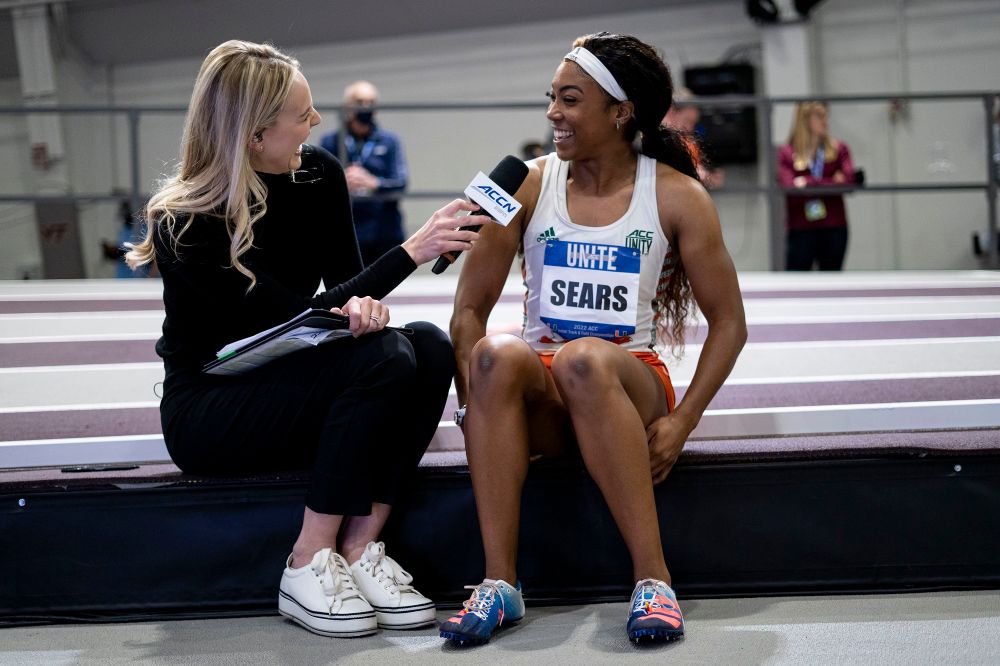