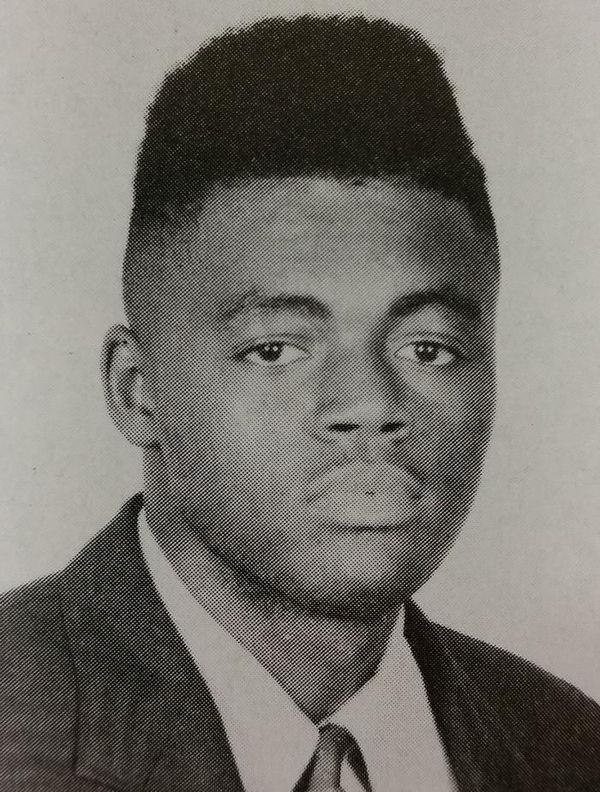 Second ? year sophomore should be an integral par of Miami success this season … Very rangy player with excellent reach and quickness … Has deadly shooting touch from beyond the three-point line … Split time at the “3” position and Miami’s “Outstanding Newcomer Award” for ’89-90 with teammate Samarr Logan … Signed a national letter of intent to come to Miami in the fall of 1988 … Is the only Hurricane from the State of North Carolina.

Earned a starting position in his rookie pre-season camp and started the first four games of his rookie season and finished the campaign with 10 opening tips and 27 appearances in 28 UM games … Hit for double figures in his first collegiate game (10 points vs. Maryland-BC) … Hit on three of six three pointers for nine points while adding three steals in starting vs. Davidson … Hit on both ends of a one-and-one to give Miami a 60-59 lead with 12 seconds remaining in a 62-59 win over Florida … Tied Jerome Scott as the top UM rebounder vs. Providence with six boards… had two blocked shots vs. Hartford … Became a much-needed addition to the UM rebounding corps? down the stretch by averaging 5.3 boards in four of Miami’s last five games.

High School: Cape Fear … Three-year starter tallying 1,750 career points and led his team to conference championships in each of his final two seasons … Team finished with an 18-10 record his senior season in 4-A action … Has excellent work habits and attitude … Averaged 23.2 points, 16 rebounds and was voted second-team all-state his senior year… travelled to Germany in the spring of ’89 to play in the Albert Schweitzer Games … Selected to play in the North Carolina East/West All-Star game, but chose to enroll in summer courses at UM … It the only current Hurricane from the state of North Carolina … Coached in high school by Leon Brock.