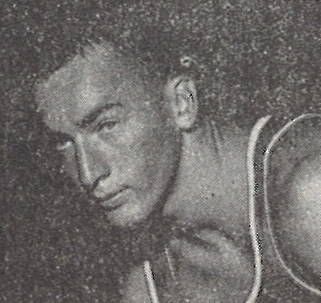 Senior guard, 6-o ft, 175 lb., 22 years of age, education major…originally from Fort Wayne, Indiana. After a promising sophomore season, but was hurt early in the 1961-62 season and never got better than expected. Nevertheless, he is back for what he believes will be his best year and is fighting hard for a starting position. He has an excellent outside shot, is fast and handles the ball well. Carl was All-State and All-City in high school. His high scoring last year came in the Rollins game when he scored 13 points…his best rebounding was against Murray State when he took five loose basketballs.