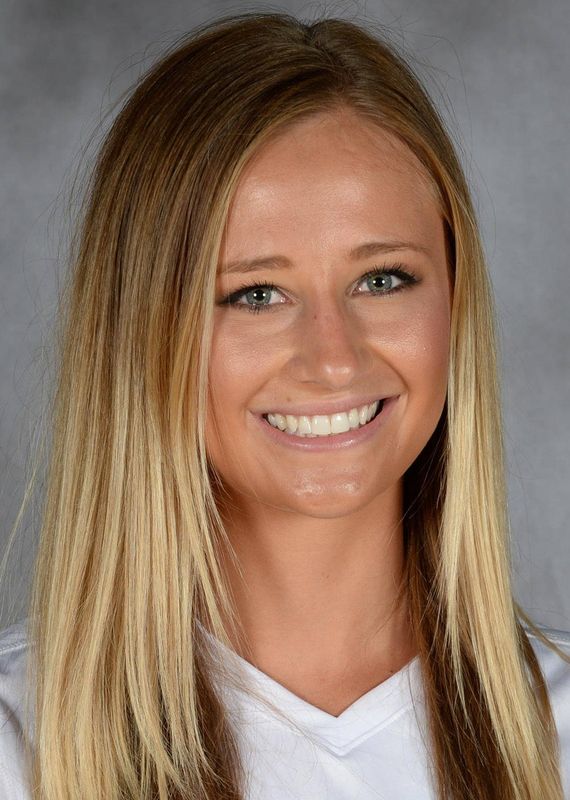 2015 (Senior): One of four Hurricanes to start all 17 matches … Registered one assist and seven shot attempts, with three on goal … Finished fourth on the team with 1,305 minutes played … Went the distance on six occassions, including three-straight times, all in the final nine matches of the year … played both forward and defense for the Hurricanes … Logged her first shot on goal of the year against UCF (8/30) …Tallied two shot attempts, including one on goal, at Wake Forest (9/18) … Saw the full 90 minutes of playing time at Louisville (9/24) … Recorded the full 106 minutes of playing time in the double overtime win over No. 14/4 Notre Dame (10/2) and all 109 minutes in the doulble overtime vicory against NC State (10/11) … Earned her lone point of the season on her first-career assist in the comeback win against NC State.

2012 (Freshman): Played in 14 game on season, including two starts … Served as one of team’s primary forwards off bench … Delivered one of key performances of season, scoring two goals in final 10 minutes to force overtime against No. 2 Duke (9/16).

High School: Helped guide Omaha Marian to a Class A state championship her senior year … Led her Crusaders team with 15 goals during her senior season, chipping in six assists … Selected First-Team All-Nebraska by The Omaha World-Herald … Recognized as a First-Team All-State by NEPrepZone.com … Also earned Class-A Honorable Mention All-State recognition as a senior … Scored a team-best 27 goals and added seven assists as a junior…

Personal: Parents are Mary and Mike Ambrose … Has one older sister, Amelia, who played soccer at SMU, and one younger brother, Johnny … Intends to major in marine affairs.