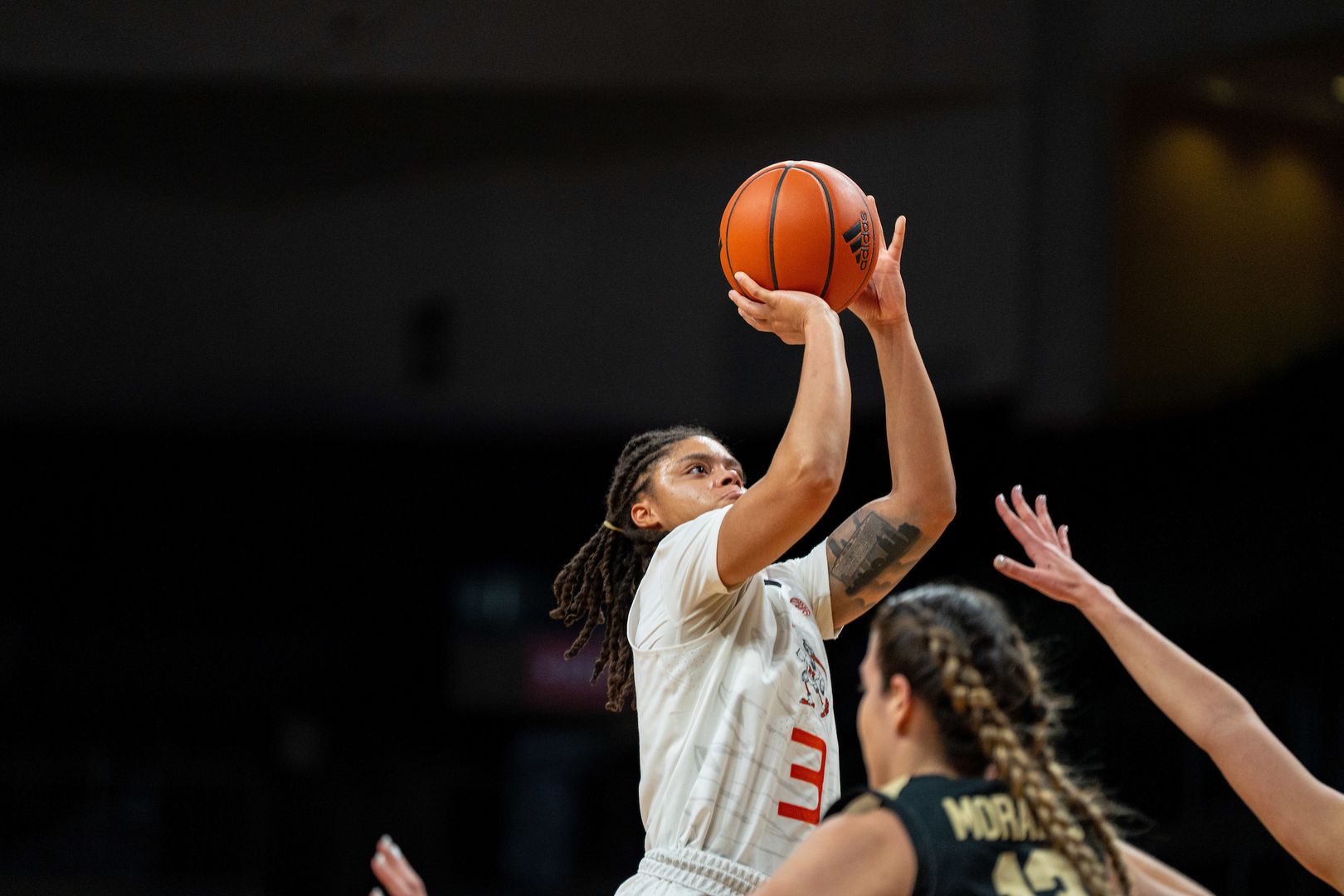 For the ninth time this season, Miami held its opponent to fewer than 60 points. The Hurricanes are 9-0 in 2022-23 when allowing 60 points or less in a game.

“I think Wake did a great job and their new coach is doing a real nice job. You can tell they believe and are committed to the defensive end,” head coach Katie Meier said. “We were really focused on defending them, knowing it would be hard to score a bunch of points. We wanted a game in the 70s, but we were prepared to win a game in the 50s or 60s and that’s exactly what happened.”

Graduate student Destiny Harden recorded her 12th double-digit outing of the season on Sunday, totaling 13 points along with six assists and three rebounds. It was a balanced scoring effort for the Hurricanes as eight different Miami players tallied a point in the game.

“[Destiny] has such a great shot chart that it was easier to get Des free than anyone else on the team. I think she really took care of business for us,” Meier said. “She didn’t force it all and shared the ball with her six assists. Des was the key to the game and helped us coach through a grind of a game.”

The Hurricanes tallied five assists on six made field goals in the first quarter to take a 16-13 lead through 10 minutes of action.

Miami’s defense stepped up in the second quarter, holding Wake Forest to just two points in the frame on 1-of-10 shooting. The Hurricanes closed the first half on a 7-0 run to enter halftime up, 25-15.

Harden ignited the Hurricanes offense in the third quarter, converting back-to-back 3-point plays to put Miami up, 31-15, at the 7:28 mark. The Hurricanes outscored the Demon Deacons, 18-12, in the third, thanks in part to a 53.8 percent shooting effort in the frame. 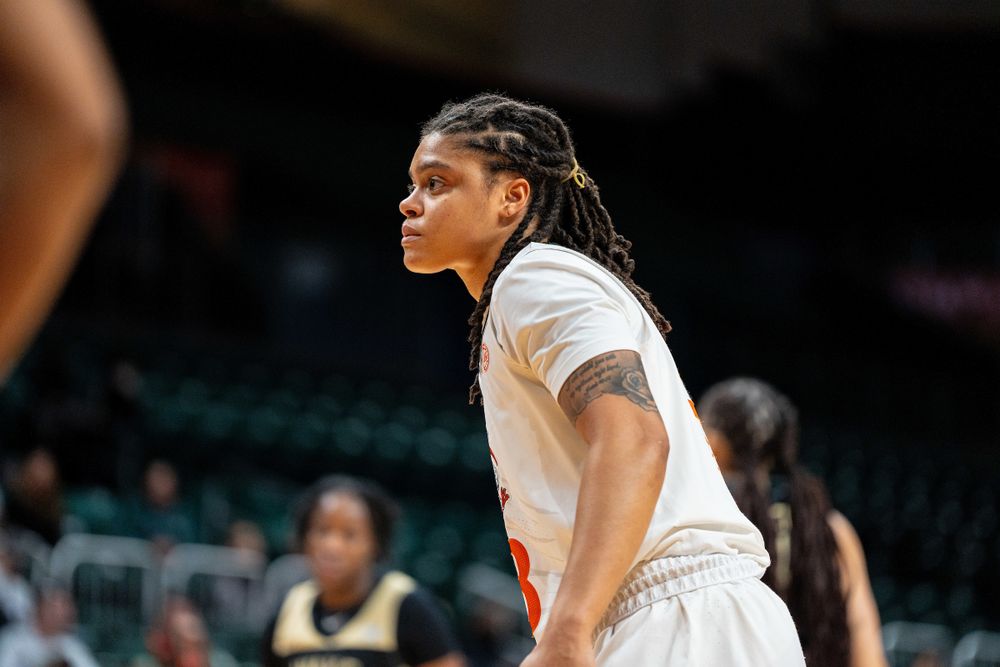 The Demon Deacons began the fourth quarter on a 9-3 run to cut Miami’s lead to 10 halfway through the session. Senior Hanna Cavinder became the eighth Hurricane to tally a basket in the game, knocking down a 3-pointer at the 5:16 mark to halt the Wake Forest run.

Wake Forest ultimately outscored the Hurricanes, 16-12, in the final 10 minutes, but Miami held on for the 55-43 win and its fifth straight victory.

The Hurricanes put their five-game win streak on the line on Thursday when they travel to Raleigh, N.C., to take on the No. 11/12 NC State Wolfpack. Tipoff at Reynolds Coliseum is set for 6 p.m. and the game will air on ACC Network.