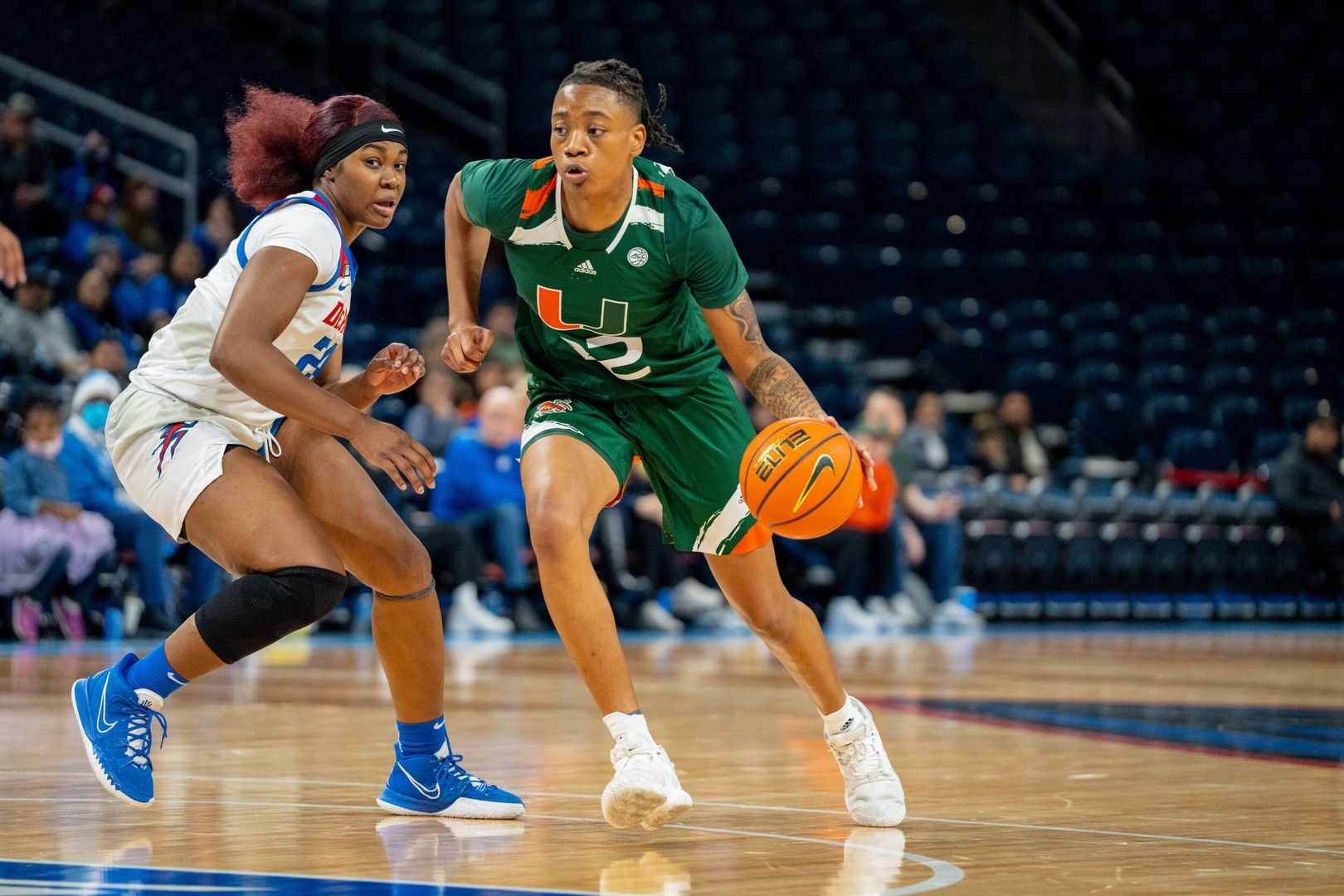 Miami Falls on the Road to DePaul

CHICAGO – The University of Miami women’s basketball team (4-1) shot a season-best 48 percent on Sunday but could not contain the DePaul Blue Demons’ (2-2) offense, facing a 98-83 defeat at Wintrust Arena.

“That was an incredibly special performance by DePaul. They needed it and Doug and his staff do a fantastic job and they have two big-time basketball players who showed up for their team,” head coach Katie Meier said. “There was a lot of a lack of awareness on the defensive end and we need to get back to our identity. We need to be a lot smarter and commit more to the defensive end.

Freshman Lazaria Spearman recorded her third straight double-digit outing with a team-leading 19 points on a perfect 7-for-7 effort from the floor. Graduate student and Chicago native Destiny Harden showed out in her homecoming, totaling 18 points to go along with six rebounds and two steals. 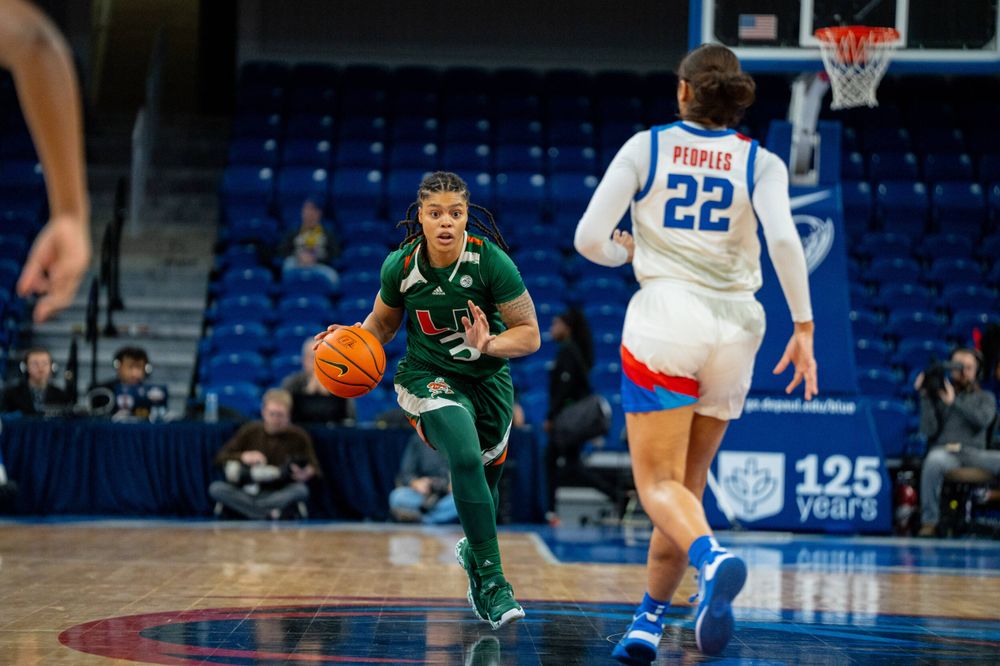 Harden put on an incredible show in the first 10 minutes of action, shooting 5-for-5, including three 3-pointers, to total 15 points in the first quarter. As a team, Miami shot 83 percent in the frame and was perfect from 3-point range.

The Blue Demons responded with four 3-pointers in the second quarter to take a 10-point, 53-43, lead into the locker room at halftime.

Miami put together an 8-0 run in the final minutes of the third to pull to within 12 heading into the final 10 minutes. However, the Blue Demons outscored the Hurricanes, 22-19, in the fourth quarter to close out the game in their favor.

The Hurricanes remain in Chicago for their second road game of the season, taking on the Loyola Chicago Ramblers at 7 p.m. ET on Tuesday.