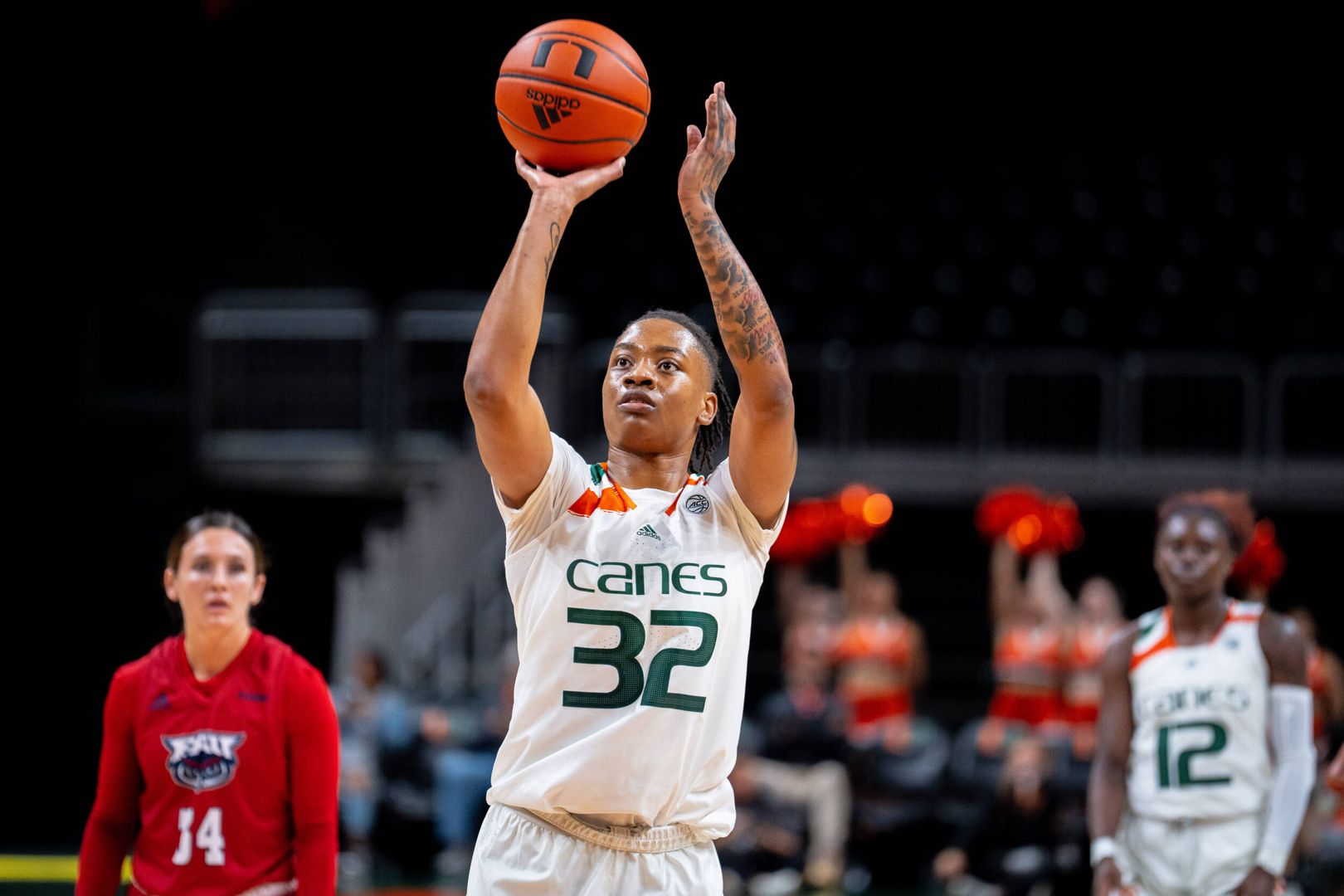 Miami Rolls to 4-0 With Win Over FAU

CORAL GABLES, Fla. – For the 11th time in program history, the University of Miami women’s basketball team opened its season 4-0 after downing the Florida Atlantic Owls, 75-42, at the Watsco Center. This is just the second time the Hurricanes (4-0) have started the season with four straight home victories, with the other instance happening in 2021-22.

“That was a tough game and I want to give Florida Atlantic so much credit. Certainly, their physicality on the perimeter is something that we haven’t seen yet this year,” head coach Katie Meier said. “Forty-two points from the bench matched FAU’s total output and we had some huge numbers off the bench. We had some really big-time performances.” 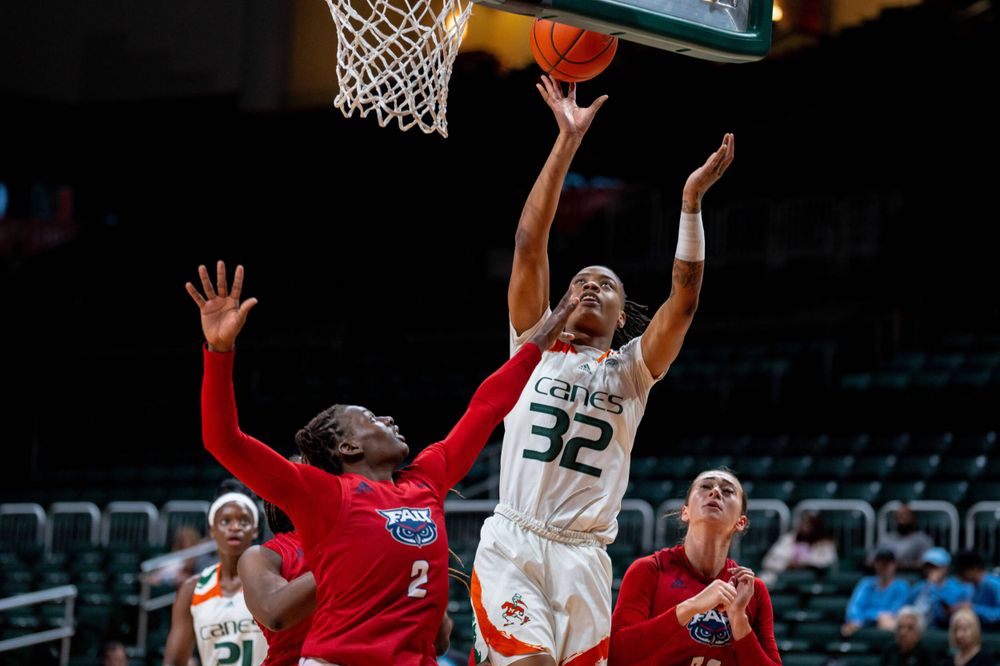 Freshman Lazaria Spearman recorded the first double-double of her career with 15 points and 10 rebounds in the contest. Miami has had a player record a double-double in three of four games played this season as graduate student Destiny Harden and sophomore Latasha Lattimore each posted one against UMES and Boston University, respectively.

“[Lazaria] is a walking double-double and we are not surprised because we see it every day in practice,” Meier said. “She had a game where the team needed her and she completely stepped up.”

The Miami defense was locked in from the jump, holding Florida Atlantic to just 18 points in the first half, while forcing 12 turnovers. On offense, nine different Hurricanes tallied a point in the first 20 minutes, paced by Erjavec who poured in eight.

The Hurricanes kept their foot on the gas in the second half, outscoring Florida Atlantic, 39-24. Miami shot 44.7 percent from the field in the final 20 minutes, anchored by the play of Spearman, who totaled 10 points and eight rebounds.

Miami hits the road for the first time this season on Sunday when it opens a two-game stint in Chicago against the DePaul Blue Demons on Nov. 20. Tipoff at Wintrust Arena is set for 5 p.m. ET and the game will be streamed on FloHoops.