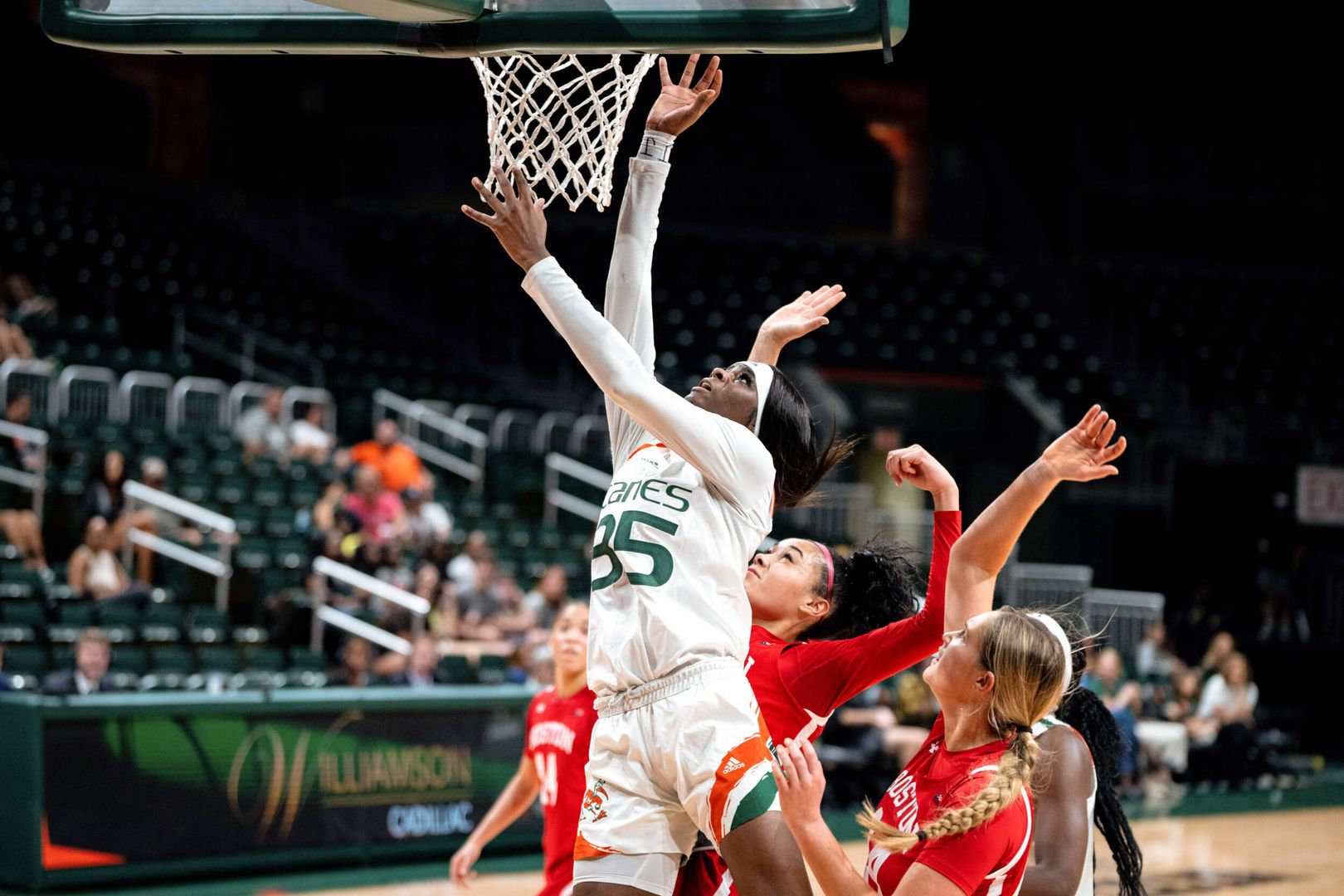 Sophomore Latasha Lattimore put together a breakout game, tallying a team-leading 25 points (10-of-14) and 10 rebounds for her first double-double in a Miami uniform and the second of her career.

“What a game and what a performance by Latasha Lattimore. I’m very happy for her and her double-double,” associate head coach Fitzroy Anthony said. “We shared the ball really well and had 23 assists as a team. As a coach, that’s really fun to watch and be a part of.” 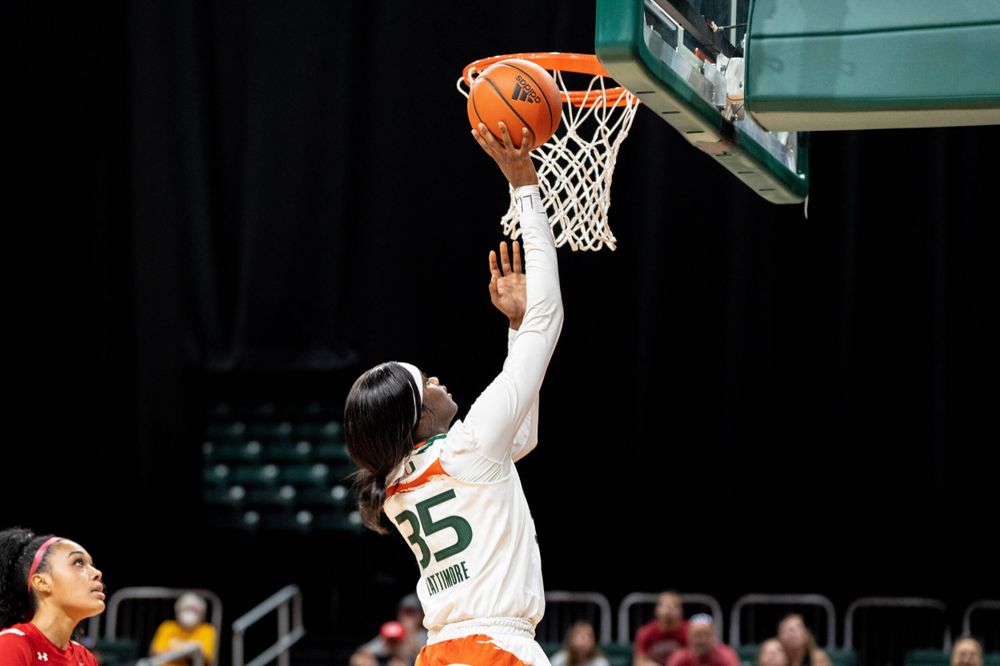 For the third straight game, graduate student Destiny Harden recorded double-digit points, totaling 14 in the contest to go along with four rebounds and four assists. Freshman Lazaria Spearman finished the afternoon with 10 points and eight rebounds, marking the first double-digit outing of her career.

It was all Hurricanes in the first half as Miami outscored BU, 40-21, with seven Hurricanes accounting for a bucket. The Hurricanes forced 14 turnovers in the first 20 minutes of action, turning defense into offense with 13 points off turnovers.

It was all Hurricanes in the first half as Miami outscored BU, 40-21, with seven Hurricanes accounting for a bucket. The Hurricanes forced 14 turnovers in the first 20 minutes of action, turning defense into offense with 13 points off turnovers.

Miami played its most dominant quarter of the season in the third, putting together a 20-0 run, highlighted by three 3-pointers from Harden. The Hurricanes closed the quarter shooting 58.8 percent from the field while holding the Terriers to just seven points.

Lattimore eclipsed the 20-point mark for the first time in her career with a layup in the final minutes of the third. She added a pair of rebounds in the fourth quarter to tally her first double-double as a Hurricane. Spearman put on a show in the final 10 minutes, recording six points and five rebounds.

Miami closes out its four-game homestand to open the season on Wednesday when it hosts in-state foe Florida Atlantic at the Watsco Center. Tipoff is slated for 6 p.m. and the game will air on ACC Network.