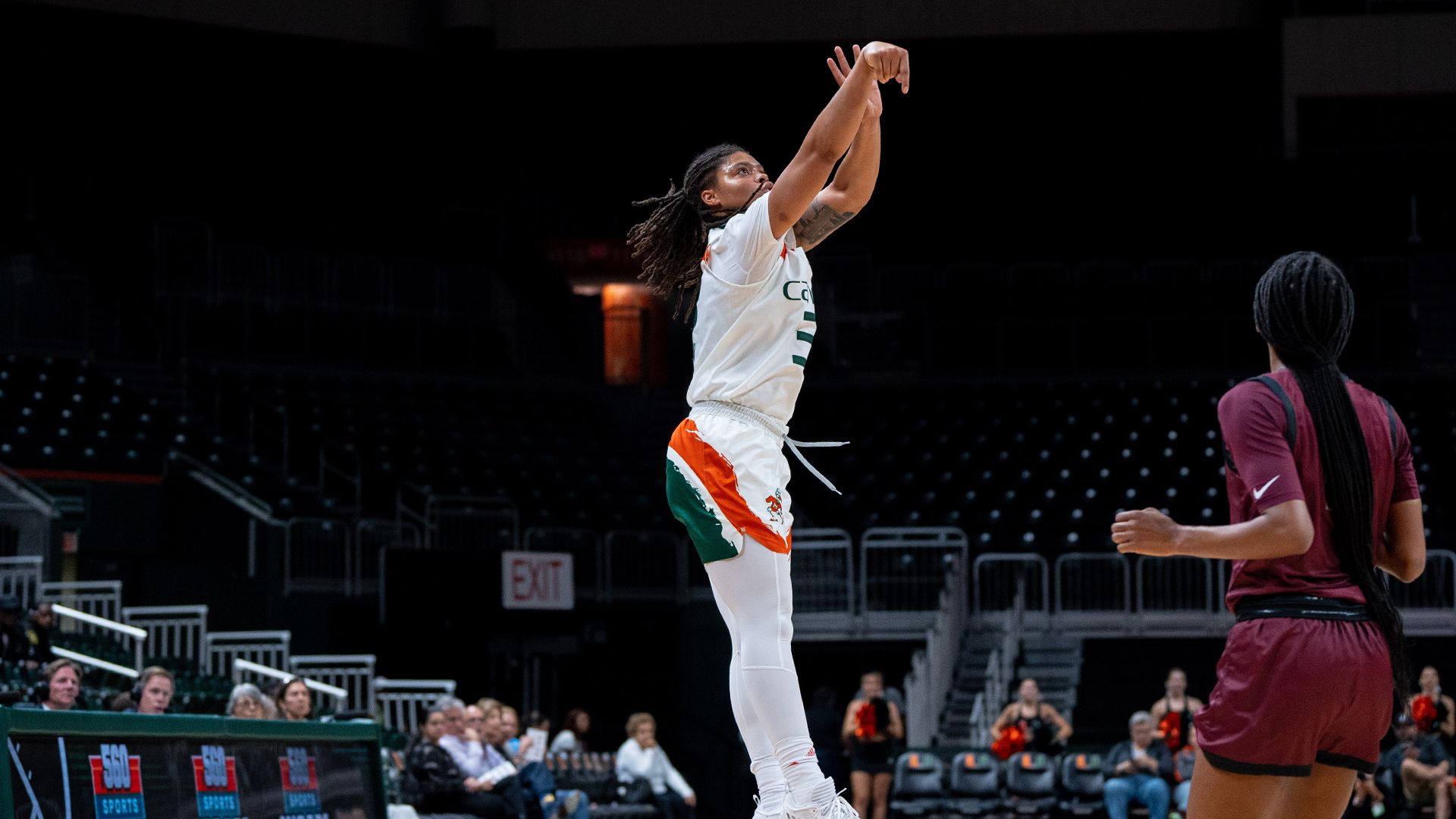 CORAL GABLES, Fla. – The University of Miami women’s basketball team started the season with a dominant victory over Maryland Eastern Shore, defeating the Hawks, 83-51, Monday afternoon at the Watsco Center.

It was a team effort on offense as four Hurricanes reached double-figures in the game – graduate student Destiny Harden (13) and sophomores Latasha Lattimore (11), Jasmyne Roberts and Ja’Leah Williams (14).

“Early on, there was a lot of excitement because it’s the first game, but as time went on, we got some more ball movement and got it to our shooters. We have some kinks we have to work out, but it was fun,” associate head coach Fitzroy Anthony said. “We scored 37 points off their turnovers and that is something we take pride in, playing defense and getting steals.” As a team, Miami dominated the glass, outrebounding Maryland Eastern Shore, 52-34. The Hurricanes totaled 23 offensive rebounds and translated the boards into 20 second-chance points. Harden hauled in 10 of Miami’s 52 rebounds to record the sixth double-double of her career.

Seven different Hurricanes scored in the first quarter, paced by Williams, who recorded five points in the first 10 minutes. Despite shooting just 35 percent in the quarter, Miami held a narrow 20-17 lead after one.

The Hurricanes locked down on defense in the second quarter, limiting the Hawks to just seven points on 3-of-12 shooting. Meanwhile, Harden and Lattimore stepped up for Miami on offense, each tallying eight points in the frame. Harden added seven rebounds to her 11 points to head into halftime just three rebounds shy of a double-double.

Leading 43-24 coming out of the locker room, Miami kept its foot on the gas, outscoring Maryland Eastern Shore 28-13 in the third quarter. Williams was a perfect 3-for-3 from the floor and tallied four steals and a block in the session.

Roberts became the fourth Hurricane to reach double-figures when she poured in seven points in the fourth quarter to bring her scoring total to 12.

The Hurricanes are back in action on Thursday when they host Stetson for Elementary School Day. Tipoff is set for 11 a.m. and the game will air on ACC Network Extra.