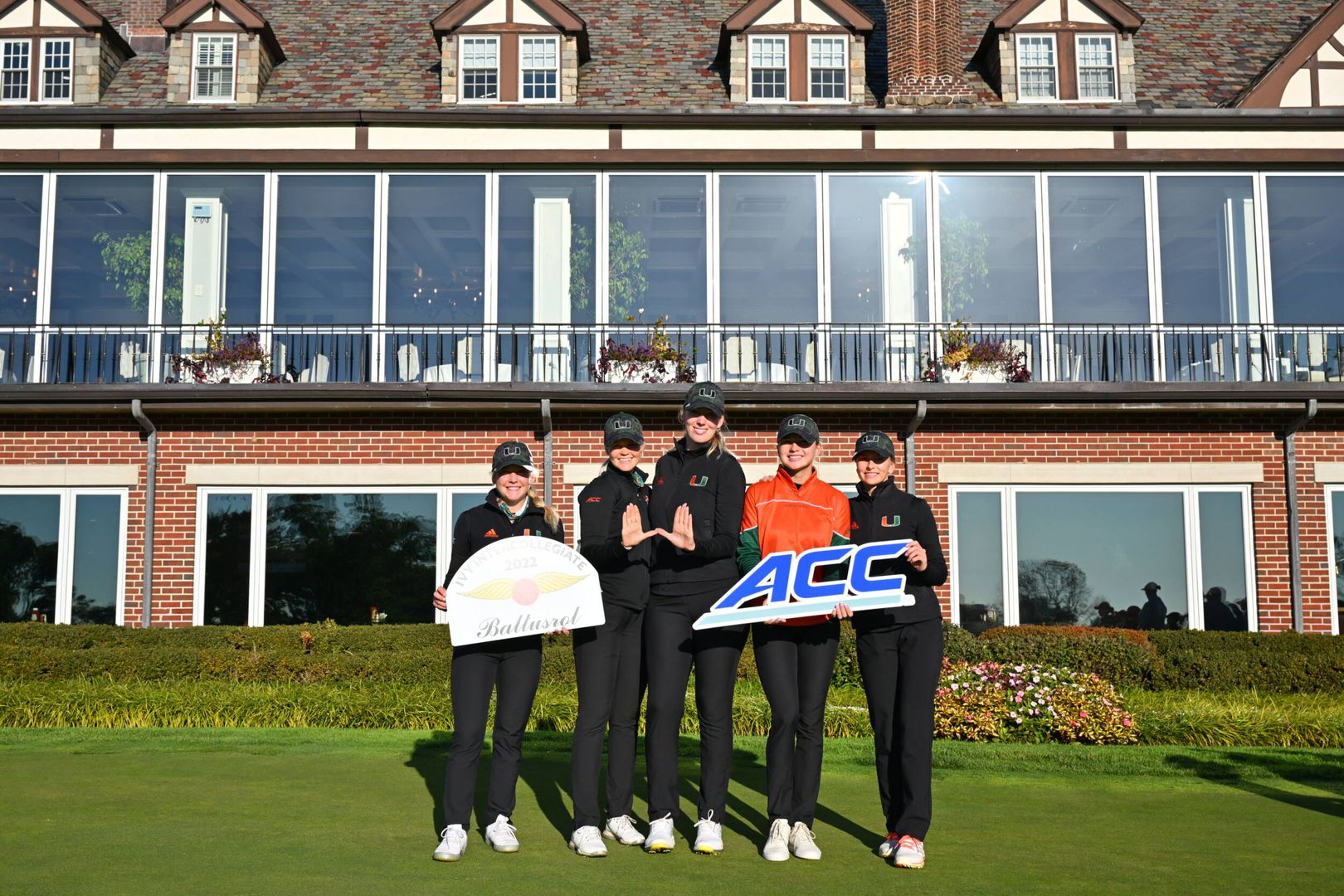 SPRINGFIELD, NJ – The Miami Hurricanes headed up North to compete in the 2022 Ivy Intercollegiate at the Baltusrol Golf Club, where the ACC and Ivy League competed on Monday and Tuesday. Miami placed fifth as a team shooting 601 (+25).

Daniella Barrett, Sara Byrne and Nataliya Guseva led the Canes to a fifth-place finish. Barrett placed 12th shooting 149 and shot a 71 (-1) in Round Two on Monday. Byrne and Guseva both tied for 13th-place shooting 150, only one stroke behind Barrett.