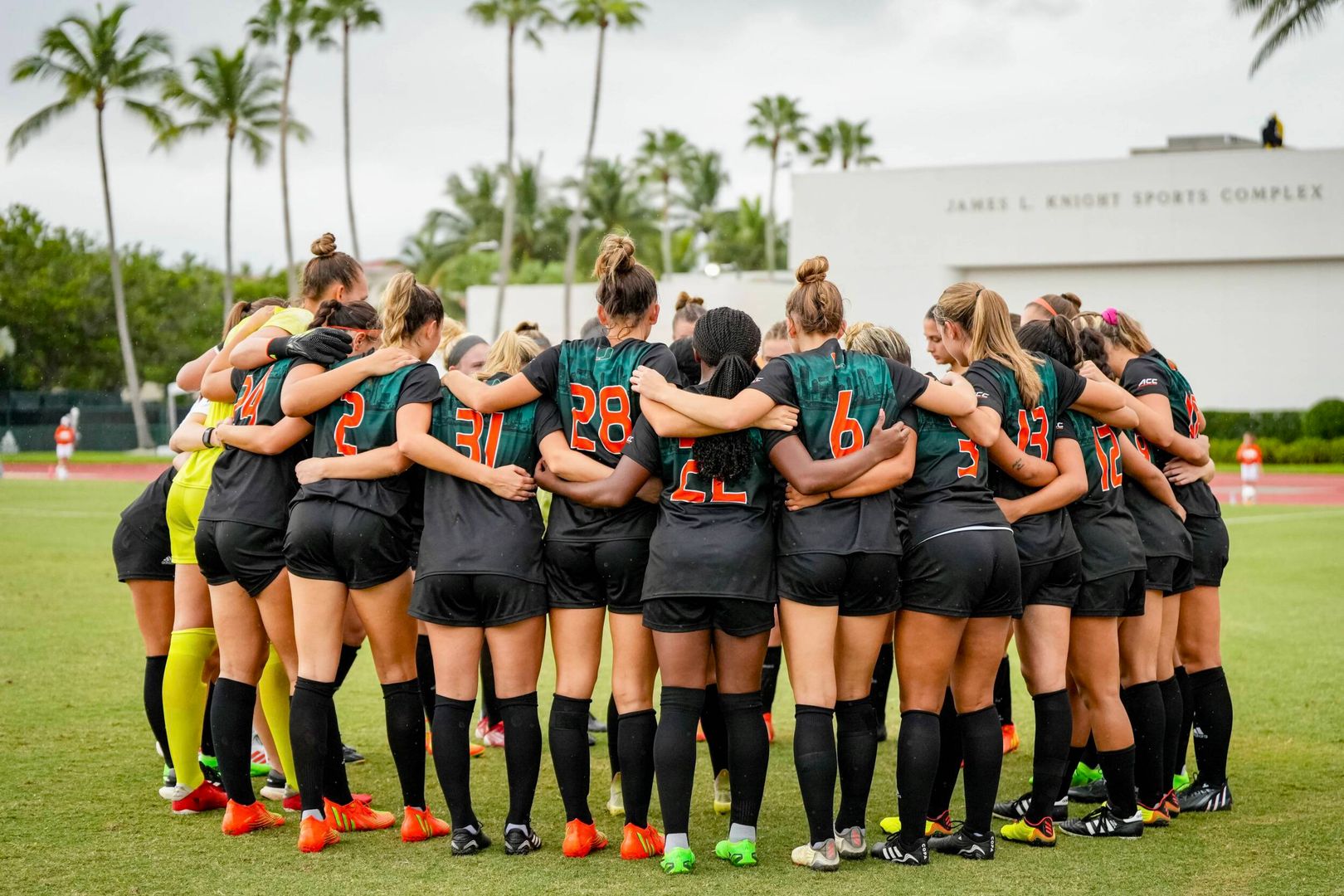 CORAL GABLES, Fla. — The University of Miami soccer team hung around with seventh-ranked Florida State, but the Seminoles edged the Hurricanes, 1-0, in front of a lively Cobb Stadium crowd Saturday evening.

“Obviously, we’re not happy with the outcome, but I thought the performance was good,” Miami head coach Sarah Barnes said. “I thought we defended quite well and created several good chances. Even in the waning minutes when you’re the most fatigued, we created some dangerous looks.”

The Hurricanes (3-5-2, 0-4 ACC) held Florida State (8-0-2, 4-0 ACC), which entered Saturday’s Sunshine State showdown as the top scoring offense in the country, to its second-lowest goal total of the season.

“The effort and competitiveness were very good,” Barnes said. “The team thought at a high level. This is a thinking game and I thought we were organized and communicating better than we have all season long, which is certainly something to build on. We’ve got to continue to grow and improve each and every day.”

The Seminoles’ breakthrough came in the 48th minute when the visitors were awarded a penalty kick.

Florida State junior midfielder/defender Heather Payne stepped to the spot and snuck the ball into the bottom right corner.

The two rivals combined for just 10 shots, including only four on target, as the Hurricanes limited the Seminoles to 12 attempts fewer than their season average.

Up next, Miami hosts Virginia Tech at Cobb Stadium. Kickoff is slated for 6 p.m.