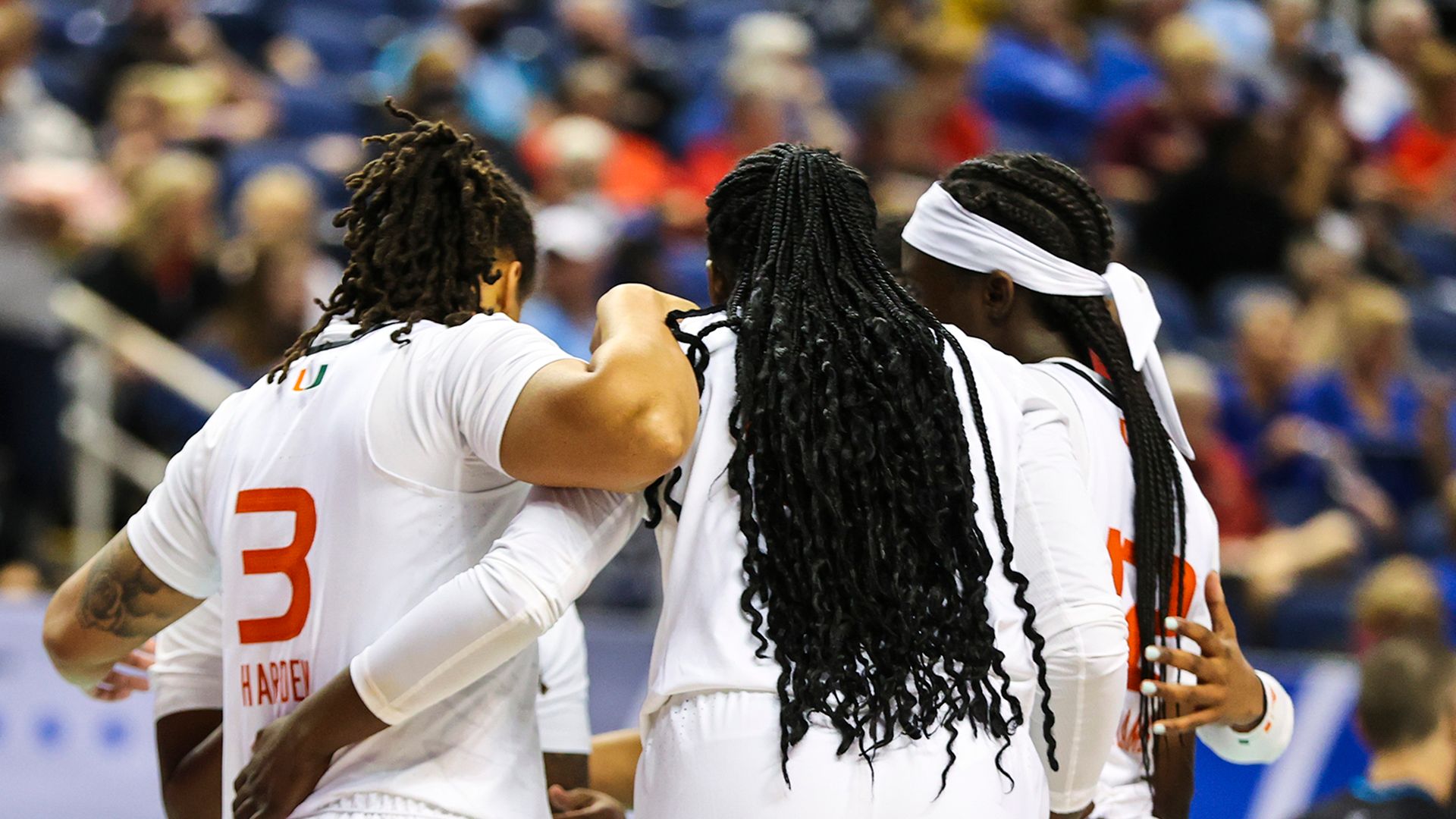 The slate features four 20-win teams and a renewed rivalry with the Florida Gators. The Hurricanes will play 11 total non-conference games, with nine at the Watsco Center.

“We are extremely excited about this non-conference schedule, which features several big-time opponents, both at home and on the road,” Meier said. “We know these games are a critical part of our preparation for the conference schedule and we look forward to competing with high-caliber teams. As always, we craft a schedule that will place us in the best possible position to earn a postseason bid.”

Miami tips off the 2022-23 season at home against Maryland Eastern Shore on Nov. 7. The Hurricanes are 41-9 all-time in the season opener and 29-2 when playing the opening game at home.

The Hurricanes remain in Coral Gables for the next three non-conference contests, taking on a pair of in-state foes in Stetson (Nov. 10) and Florida Atlantic (Nov. 16) and hosting Boston University (Nov. 13).

Miami and Stetson will meet in back-to-back seasons for the first time since 1989-90 and 1990-91. The Hurricanes dominated the Hatters a year ago, emerging with a 54-39 victory at the Watsco Center.

The Hurricanes will seek to extend their win streak over Florida Atlantic to 20 games, as Miami holds a perfect 19-0 record, including a 15-0 mark at home, against the Owls. Similarly, the Hurricanes bested the Terriers in the only meeting between the two schools, logging an 87-69 victory in 1990.

Miami’s only two road non-conference games come the weekend before Thanksgiving when the Hurricanes head north for a trip to Chicago. Miami will face DePaul for just the second time in program history on Nov. 20 before taking on Loyola Chicago on Nov. 22. The Blue Demons and the Ramblers finished fourth and fifth in the Big East and Missouri Valley Conference, respectively.

Miami has faced both North Carolina A&T and North Florida in the past three years, but will potentially play Columbia for the first time in program history. The Lions are coming off an exceptional 25-7 season, capped by a run to the WNIT Quarterfinals.

Following the tournament, the Hurricanes welcome Big Ten powerhouse Michigan to the Watsco Center, where they will battle for ACC/Big Ten Challenge bragging rights on Dec. 1. Michigan was an Elite Eight team in the 2022 NCAA Tournament and finished the season ranked 12th in the Associated Press Poll.

Miami closes out the non-conference slate with a pair of games against in-state foes North Florida (Dec. 4) and Florida (Dec. 11). While the Hurricanes and the Ospreys have met several times over the last few years, this will be the first meeting between Miami and Florida since 2010.

Season tickets for the 2022-23 women’s basketball season are available for purchase at https://tickets.miamihurricanes.com.