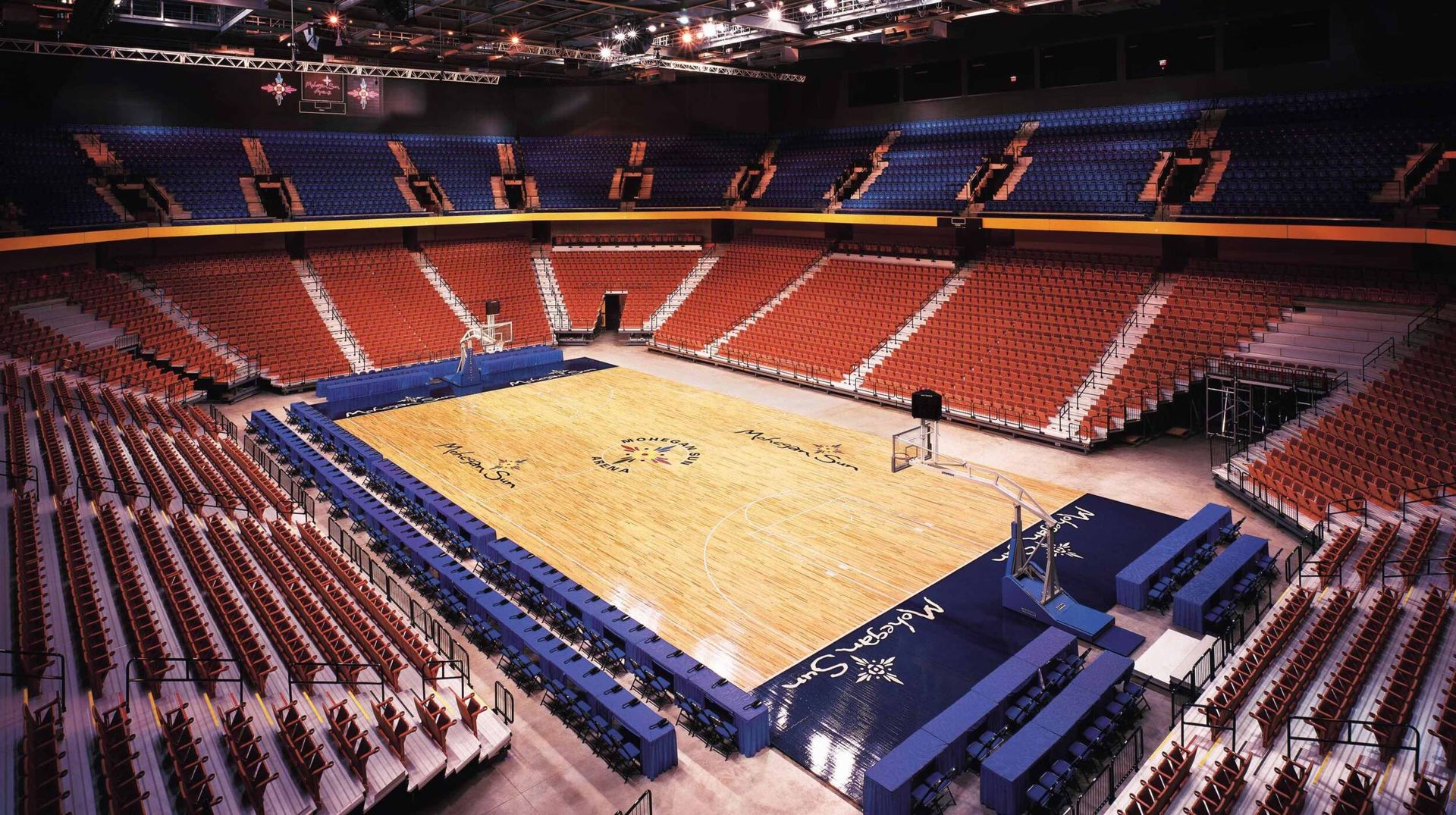 CORAL GABLES, Fla. – The University of Miami men’s basketball team is one of four slated to play in the 2022 Naismith Memorial Basketball Hall of Fame Tip-Off Tournament.

The Hurricanes join Providence, Maryland and Saint Louis in the event, with action set for Nov. 19-20 at Mohegan Sun Arena in Uncasville, Conn. Miami plays the Friars on the opening day and then plays one of the other teams the next day.

“We look forward to another exciting weekend at the Mohegan Sun for the 2022 Hall of Fame Tip-Off Tournament,” said John L. Doleva, President and CEO of the Basketball Hall of Fame. “This year’s field of teams will bring a high level of competition to one of the country’s best early season events.”

Miami is 15-16 all-time against Providence, with the last meeting coming Dec. 22, 2014, in Brooklyn, N.Y. Jim Larrañaga, who recently completed his 11th year as the head coach of the Hurricanes, is a 1971 graduate of Providence, where he scored 1,258 points in three seasons.

“We are very much looking forward to playing in this excellent tournament,” Miami head coach Jim Larrañaga said. “The field includes four talented teams and the venue is superb. We hope to see many of our fans from the Northeast in attendance to watch us play two competitive games.”

The Metro Atlantic Athletic Conference will continue to serve as the host conference for the annual event. The Naismith Memorial Basketball Hall of Fame is also proud to continue its relationship with Learfield IMG College for sponsorship representation of its portfolio of collegiate events.

Ticket information, game times and television broadcast details and will be released at a later date. As the health and safety of the athletes, fans and staff is of the utmost importance, the Basketball Hall of Fame will continue to monitor the COVID-19 situation closely in the coming months and provide updates as needed. For more information, please visit www.halloffametipoff.com.

About Mohegan Sun Arena
Mohegan Sun Arena is now ranked consistently among the top venues in the world according to Billboard Magazine, Pollstar and Venues Today. It has won “Casino of The Year” at the Country Music Awards in 2008 & 2010 and in 2013, was voted “Arena of The Year” at the G2E Global Gaming Conference in Las Vegas.  Mohegan Sun Arena was also ranked among the top 10 arena venues in the nation for 2014, regardless of size. For more information on concerts and other great events, click HERE. For more information, call the Entertainment and Special Events hotline at ‪1-888.226-7711, ext. 27163.

About the Naismith Memorial Basketball Hall of Fame
Located in Springfield, Mass., the city where basketball was born, the Naismith Memorial Basketball Hall of Fame is an independent non-profit 501(c)(3) organization dedicated to promoting, preserving and celebrating the game of basketball at every level – men and women, amateur and professional players, coaches and contributors, both domestically and internationally. The Hall of Fame museum is home to more than 400 inductees and over 40,000 square feet of basketball history. Nearly 200,000 people visit the Hall of Fame museum each year to learn about the game, experience the interactive exhibits and test their skills on the Jerry Colangelo “Court of Dreams.” Best known for its annual marquee Enshrinement Ceremony honoring the game’s elite, the Hall of Fame also operates over 70 high school and collegiate competitions annually throughout the country and abroad. For more information on the Basketball Hall of Fame organization, its museum and events, visit www.hoophall.com, follow @hoophall #HOFTipOff or call 1-877-4HOOPLA.