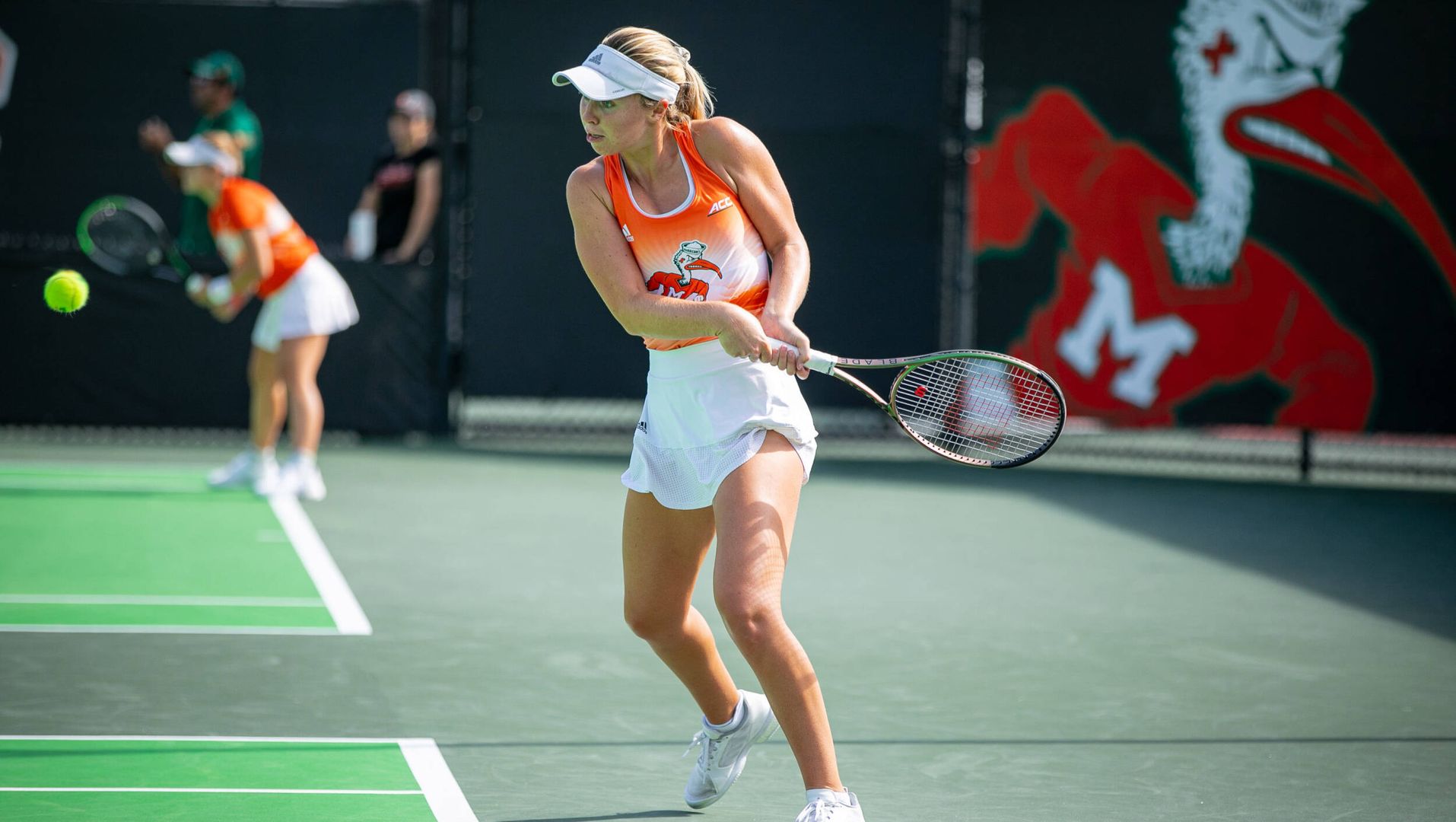 Richardson Ascends to No. 38 in ITA Rankings

CORAL GABLES, Fla. – Eden Richardson of the University of Miami women’s tennis team jumped 14 spots in this week’s ITA singles rankings and now places No. 38 in the country.

The fifth-year senior took down then-eighth-ranked Chloe Beck, who entered at 19-0 in dual matches, in the Hurricanes’ ACC Championship semifinal matchup with fifth-ranked Duke. The victory helped her move into the top 40 for the first time this season.

Richardson, who hails from Bath, England, is again one of three Hurricanes featured in the ITA singles rankings. Fourth-year junior Daevenia Achong is six spots above her at No. 32 in the country, while sophomore Isabella Pfennig places No. 85.

In doubles, Miami has two ranked pairs, led by Achong and Richardson at No. 18 on the list, two spots shy of their top mark this year. Third-year sophomores Diana Khodan and Maya Tahan check in at No. 51 in the country.

The Hurricanes are one of 11 ACC teams in the rankings, eight of which are in the top 35, with six in the top 25 and five in the top 15. Miami is joined by top-ranked North Carolina, fourth-ranked Virginia, fifth-ranked Duke, seventh-ranked NC State, No. 24 Wake Forest, No. 34 Georgia Tech, No. 35 Florida State, No. 44 Notre Dame, No. 61 Clemson and No. 62 Syracuse.

The complete ITA poll can be found HERE. Beginning earlier this month, all three sets of rankings update weekly for the remainder of the year.

The Hurricanes, slated for their 26th consecutive NCAA Team Championship berth, will learn their postseason path Monday at 6:30 p.m. on the NCAA Selection Show.